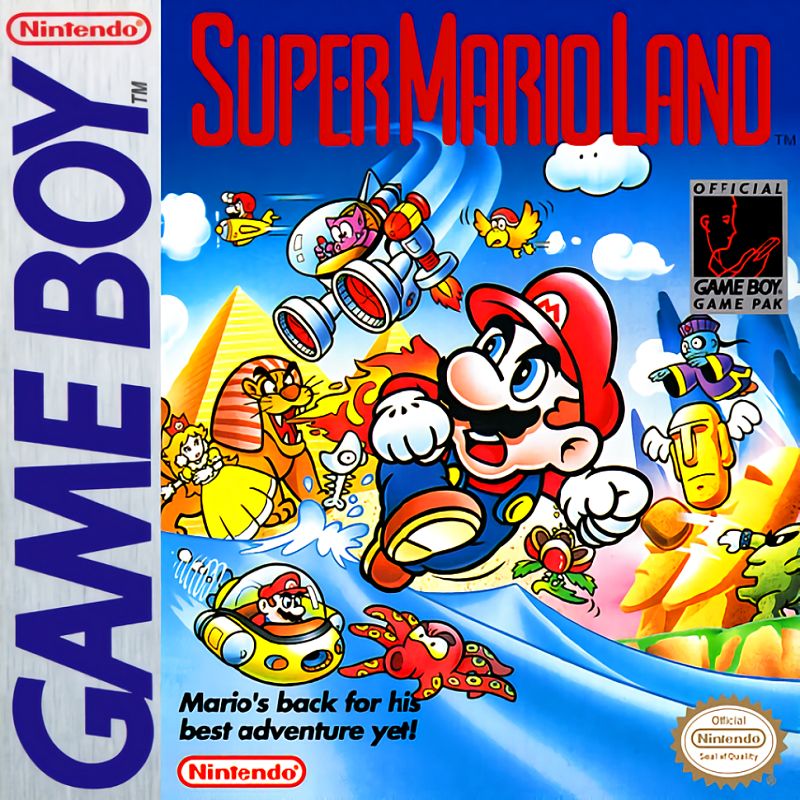 Super Mario Land, the plumber's first outing on the Game Boy, is a side-scrolling platformer much in the vein of the previous Super Mario Bros. This time, Mario must save Princess Daisy, rather than Princess Toadstool, from her kidnapper, Tatanga, a mysterious spaceman.

The game follows largely the same formula of its aforementioned predecessor, with Mario defeating enemies by jumping on them and collecting coins and power ups by hitting floating blocks, with each world leading up to a boss fight which is defeated using by collapsing the floor. A unique feature of this instalment is two scrolling shoot-'em-up levels, the first of which Mario pilots a submarine, and the second an aeroplane.