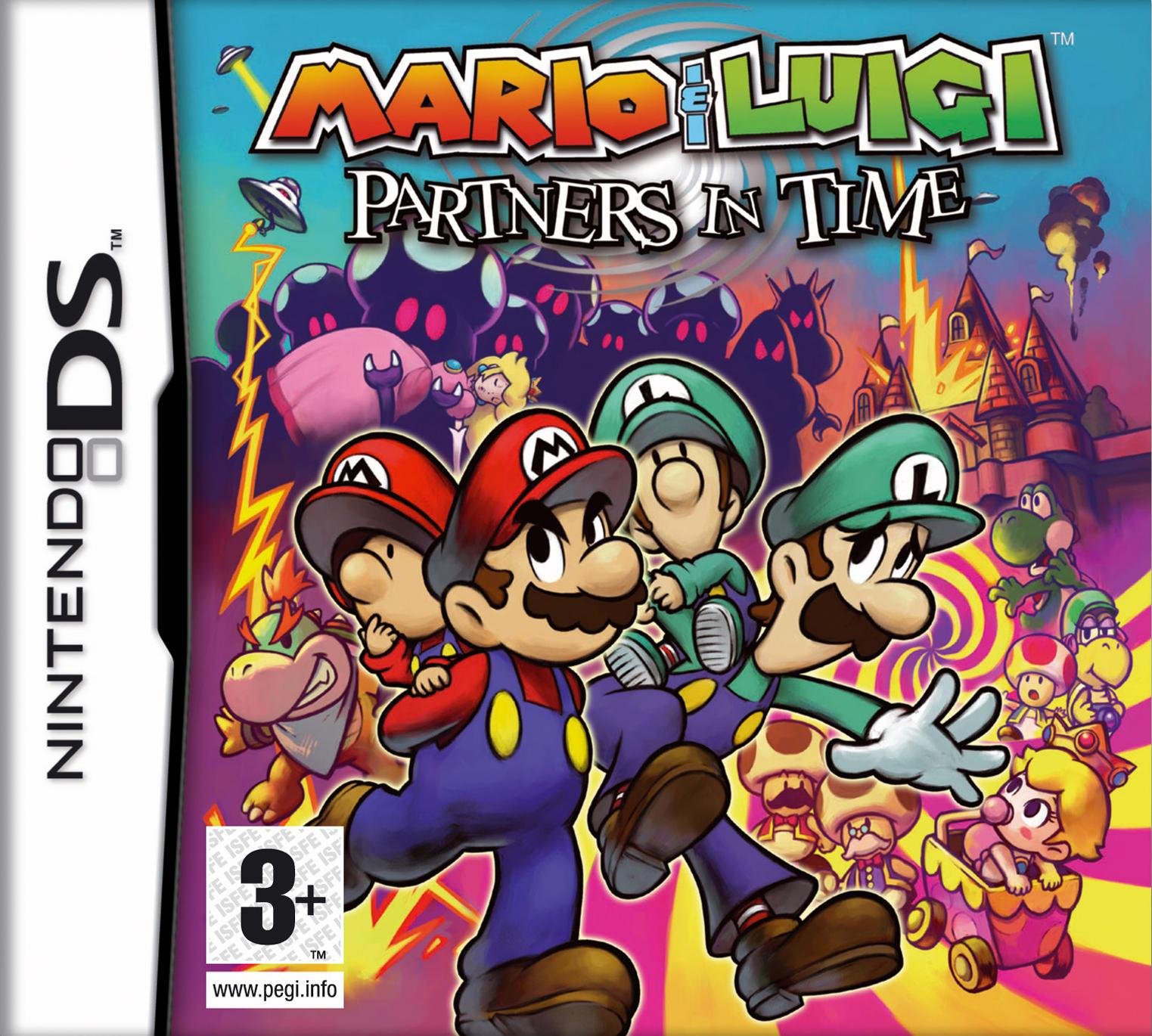 The famous Mario Brothers return in this sequel to the humorous Superstar Saga. In this adventure, Princess Peach takes a trip in a time machine, but when it returns, there's only a monster inside! The heroic brothers travel back in time only to discover that evil alien life forms known as the Shroobs have taken over the Mushroom Kingdom, and no-one is safe! They soon meet up with their younger selves, and set out to stop the alien menace, not to mention rescue the Princess!

Although the game has turn-based battles, it follows the tradition of the previous Mario RPG games, in that button commands can be pressed during battle to increase your attack, defend, and counterattack, to give the impression of a more interactive battle.

Battling can also become quite hectic, as players now have to control the each of the four brothers with the four different face buttons. This can make for some very tricky situations when using special power-ups that randomize the brothers' turns.