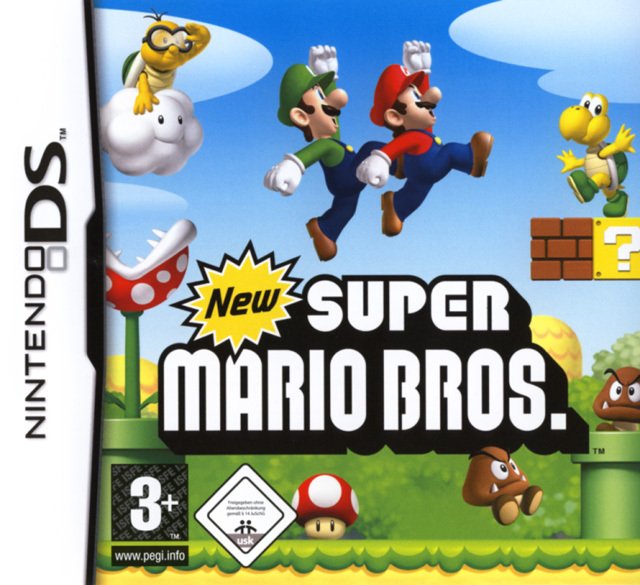 The character models are rendered in real time 3D, allowing for a far greater number of moves ever before seen in a Mario Bros. title. Also as the game is on DS, the touch screen allows players to store an additional power-up and view the distance still to go in a level.

Bowser and Bowser Jr. has kidnapped Princess Peach, and of course, it is up to Mario and Luigi to rescue her and take down the troublemakers. There are eight new worlds to explore, much like in Mario 3: they are Plains, Desert, Tropical Island, Forest, Ice, Mountains, Sky, and Bowser's Lair.

The eight worlds have eighty distinct levels as well as many secrets that will only be found on careful examination. There are also many new power-ups (the mega mushroom and Koopa shell, for instance) for the brothers to collect.