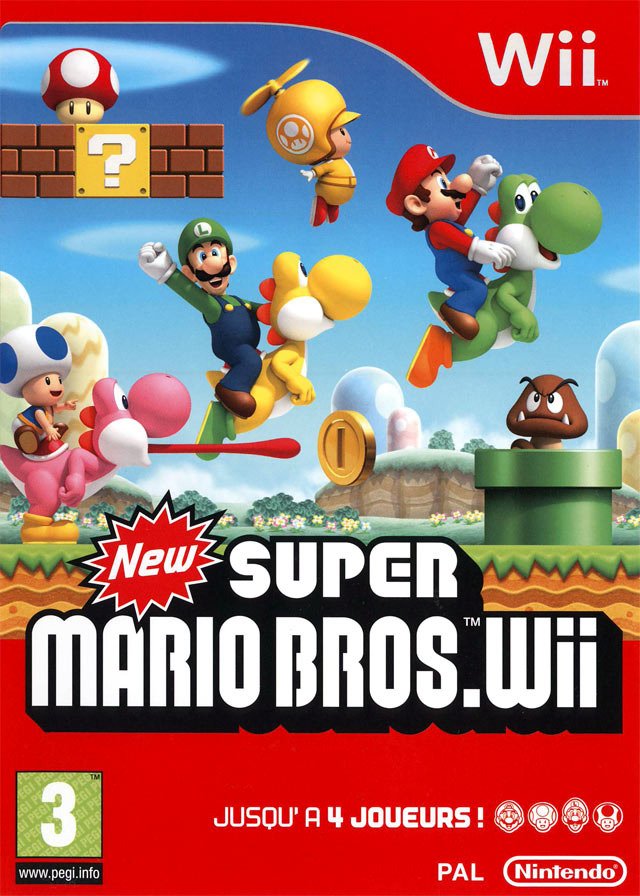 Princess Peach has been kidnapped! Again! Everyone was celebrating the Princess' birthday when a giant birthday cake arrived... but then Bowser Jr. and the seven Koopalings popped out and kidnapped her! Mario, Luigi and two Toads make chase to rescue her once more. Will they succeed?

New Super Mario Bros. Wii is a continuation of the Super Mario Bros. games. As with the original, players jump, dash and grab power ups such as the Super Mushroom and the the Fire Flower, which lets them throw fireballs at their foes. New powerups have been added too - the Propeller Hat allows players to zoom vertically up in the air, and then glide back down, the Ice Flower lets players freeze enemies into icy blocks, and the Penguin Suit gives them traction on ice as well as allowing them to belly slide. Yoshi, from Super Mario World makes a return, as well - players can ride him and he'll eat enemies and berries in levels.