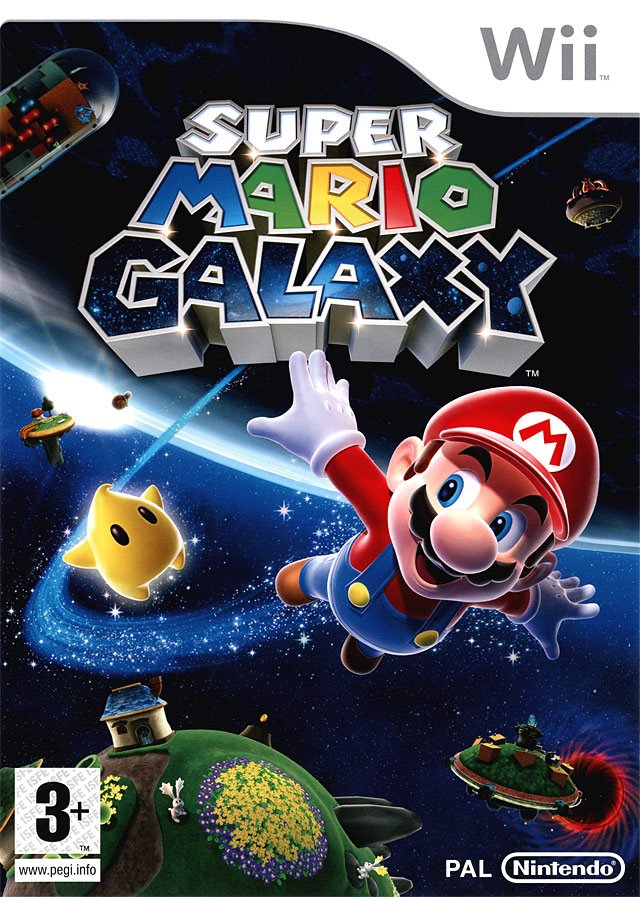 Mario takes to the skies and beyond in another outing to save the Princess. As the Mushroom Kingdom prepares to celebrate the arrival of a comet that appears in the skies every hundred years, Princess Peach sends Mario an invitation to attend. As Mario arrives, Bowser and minions attack the Kingdom and once again kidnap the Princess... and her entire castle. Mario gives chase but is lost as the ship leaves the atmosphere and ends up on a space station built on the visiting comet overseen by the mysterious Rosalina. It's up to Mario to brave new galaxies, find the elusive Power Stars, and bring his friends home.