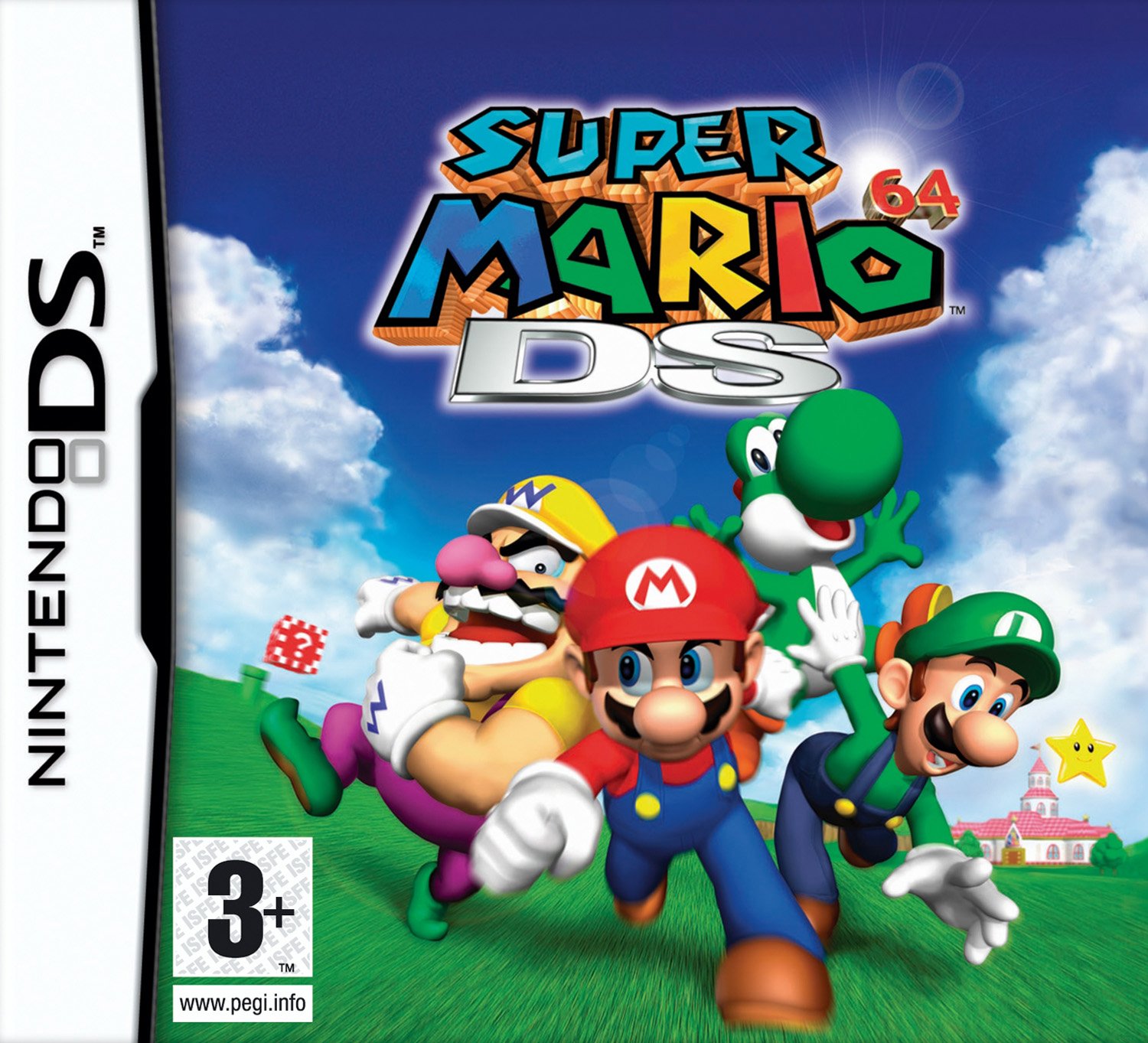 Mario, Luigi, and Wario have all gone to the Mushroom Palace for some of Princess Peach's famous home made cake. However, when they don't return its up to the heroic dino Yoshi to find out what's wrong.

In this portable remake of the original Super Mario 64 You are able to play as different characters from the Mario franchise. Wario, Yoshi, Luigi, and of course Mario. Each character has different abilities to be made use of during the games expanded quest.

The game now features 150 Stars to collect up from the previous 120, new stages with new bosses, changes to old stages and bosses, and a multiplayer in which players compete to get the most stars.

The game also includes over two dozen mini games that make use of both screens and the touch pad.

The DS touch screen can be used to mimic analog control.