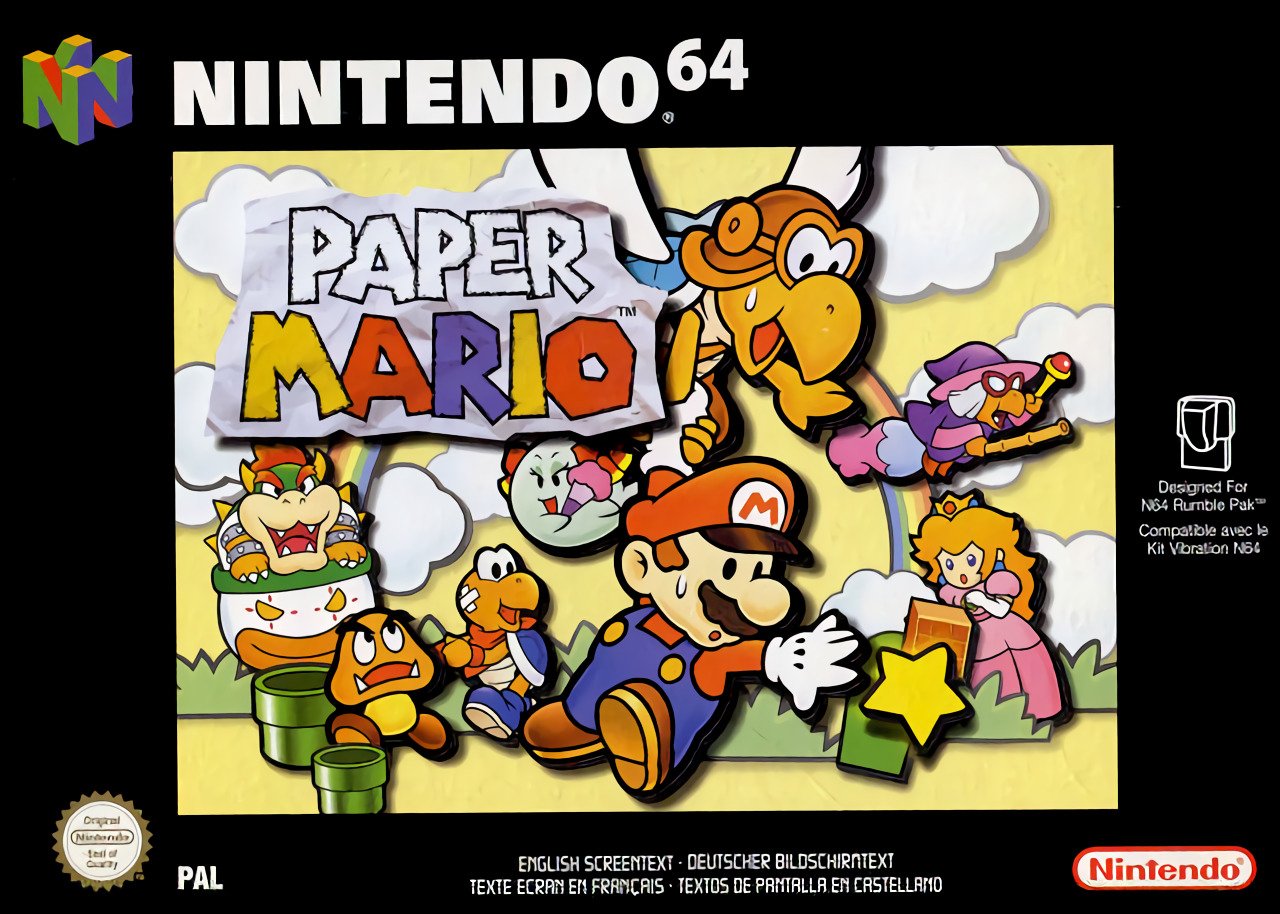 Up in Star Haven, there exists a Star Wand that allows the stars to grant wishes to those who are pure of heart. The Star Wand is looked over by the Seven Star Spirits, who protect it in its sanctuary. However, Bowser attacks Star Haven, steals the Star Wand, and locks up the Star Spirits so that they cannot challenge his power. With his new powers, Bowser defeats Mario and lifts Princess Peach's castle into the air, taking her and all her guests as prisoners. Now, the only way to challenge Bowser's unbridled power is to rescue all seven Star Spirits, which have been imprisoned all over the land.

Paper Mario is the follow-up to Super Mario RPG: Legend Of The Seven Stars. Basically, this is an RPG set in the Mario universe. Mario has the ability to gain experience and grow levels by defeating enemies and bosses. Mario also has the ability to recruit teammates to help him out in turn-based battles. As well, Mario can collect badges that will help his combat abilities, star pieces that he can trade for badges, and more items that he can use throughout the game. The Star Spirits will also aid him in his quest.

All the characters in the game are 2D within a fully 3D world. This gives the feeling that each character is made out of "paper".