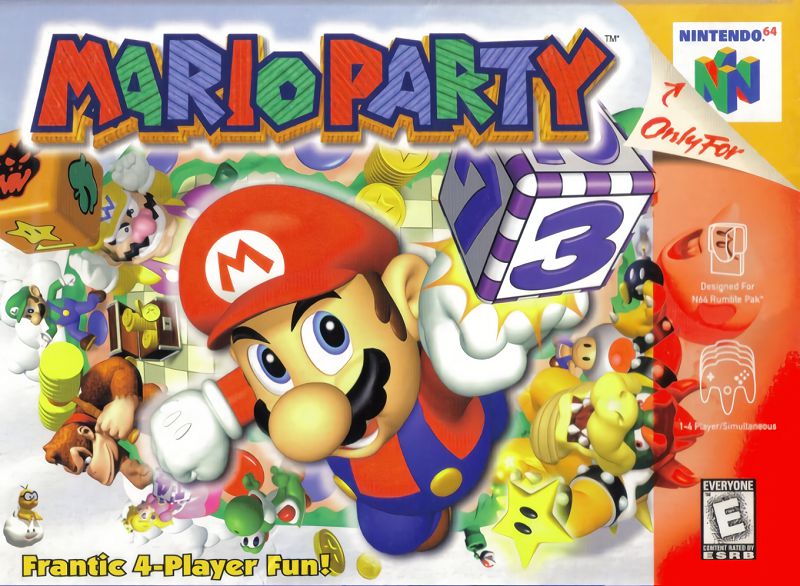 Mario Party is a party game for 1 to 4 players. The festivities are based on a board game format, right down to the fact that players must roll a die to determine how many spaces to move. Players land on different squares, each space holding one of more than fifty different mini-games. These quick competitions determine who will earn coins and stars, and who will go home empty handed.

The mini-games are spread over eight different game boards, all of which are not immediately available. Some of the games pit every man or princess against the others, some are two-on-two, and others are even three against one. One challenge is loosely based on "Simon Says", another involves a two-on-two bobsled race, and one game makes one player attempt to cross a rope while the other three do their best to shake the player off. There are skill games, racing games, puzzle games, and other types.

A good portion of the actual game boards are animated, with hidden dangers and special challenges scattered everywhere. Mario, Luigi, Princess Peach, Donkey Kong, Bowser, Yoshi, and Wario are all invited to the party, and each character has his or her own game board.

Wraith, maxevoli and marc999 reacted to this