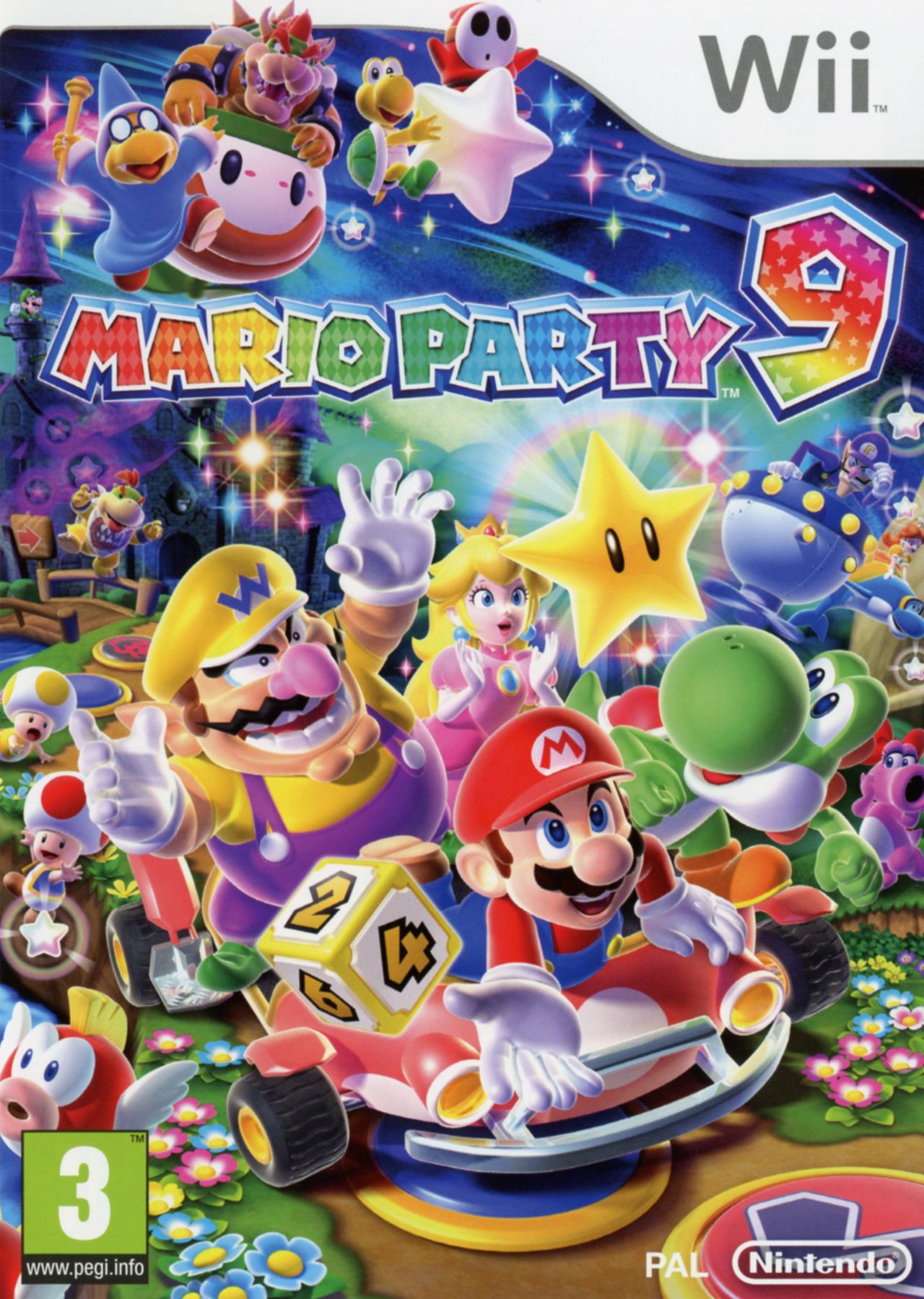 Like its predecessors, Mario Party 9 is a board-game-style party game starring Mario and friends with around 80 mini-games in total. Its the second Mario Party game for the Wii after Mario Party 8. Mario and his friends are admiring the Mini Stars at night through a telescope, when suddenly the stars are disappearing in a vortex. Bowser and Bowser Jr. are then seen using some kind of vacuum cleaner on a spacecraft to steel the Mini Stars. Now it's up to Mario and his friends to get them back, through playing a party game.

In the game, four players ride in a vehicle, and the captain of the vehicle rolls the dice block to move forward. Each board has a destination, but there are a variety of directions to take. Players can fight bosses including Bowser himself, or other classic foes such as Blooper or Wiggler. Players can also collect Party Points to spend on unlockables such as new boards. The game also includes a solo mode and a Mini-game mode where you can play the mini-games directly.