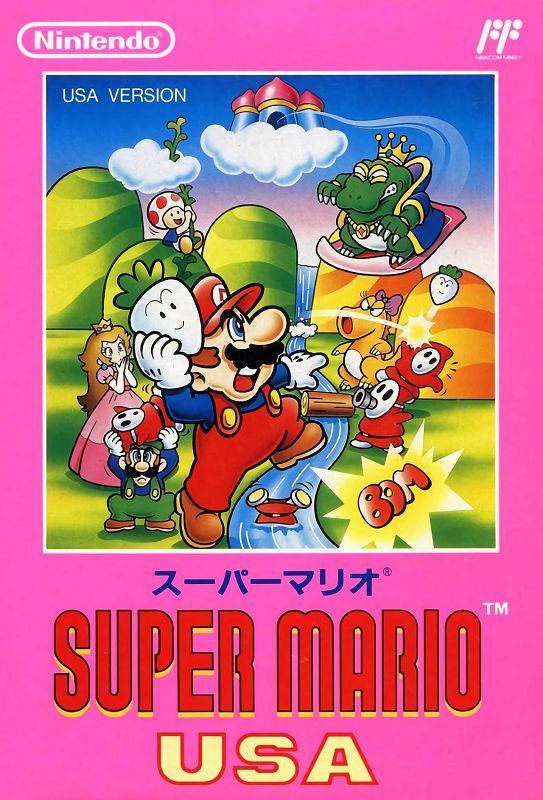 This release of Super Mario USA (Super Mario Bros. 2) is completely different from its original Japanese counterpart, originating in the West and being in fact a version of Yume Kojo: Dokidoki Panic with a different storyline and protagonists swapped for Mario and his friends.

One night Mario has a strange dream, where he opens a door to another world filled with even stranger creatures and lands than those in his last adventure against Bowser. Amazingly, the next day, Mario, Luigi, Toad, and the Princess stumble upon a cave, which leads to the world that was in Mario's dream.

Subcon, the land of dreams, is under an evil spell thanks to Wart, so Mario and the gang must save the day. New creatures to defeat and plenty of nasty surprises await.

Choose from the four characters, each differing in speed and jumping ability, and head on through 7 levels each filled with puzzles, bosses, bonus coins, the always helpful mushroom, and invincible star, plus bombs and magic potions. After each level, depending on the coins you collect, you can use them in the bonus game to collect extra lives.