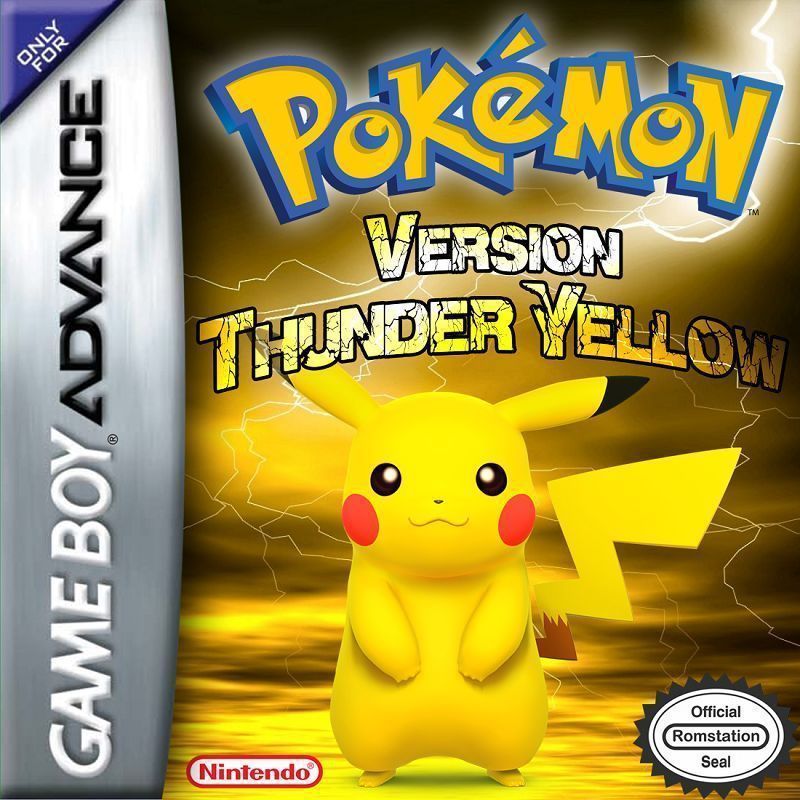 Introducing "Pokémon Thunder Yellow", a remake of Pokémon Yellow Version with quite a few new features.

For more information about the game, we invite you to join the dev Undi's topic: http://urlz.fr/60hj

In case of bug, please report it on the following link : https://goo.gl/forms/hjT33ACDPIBu5bSS2

- Big correction on the level of the orthography a little everywhere.
- Big correction on a lot of surfing area (possibility to go out of the surfable area)
- Many invisible walls corrected
- Correction of some tilesets
- Fixed the swimmer who was stuck in the wall
- Fixed the moveset of MEGA-EVOLUTION, Fireball and Mewtwo were not learning their attacks but those of other pokémon
- Tygnon was not supposed to be in the HOENN reserve area, Tylton has taken his place
- Removal of the card in the Pokémon Center of Griotte City that was crashing the game
- Corrected some empty signs
- Corrected the whole of Silver Mountain
- Added Deoxys on Challenge Island
- Added two trainers to the Challenge Tower


If your game freezes on a white screen at startup or you can't save from the game, go to 'Options>Emulator>Save Type' and select Flash 128K instead of Flash 64K.

A big thank you to Undi, the dev of the game who accepted to share his project and to let our community discover its content.