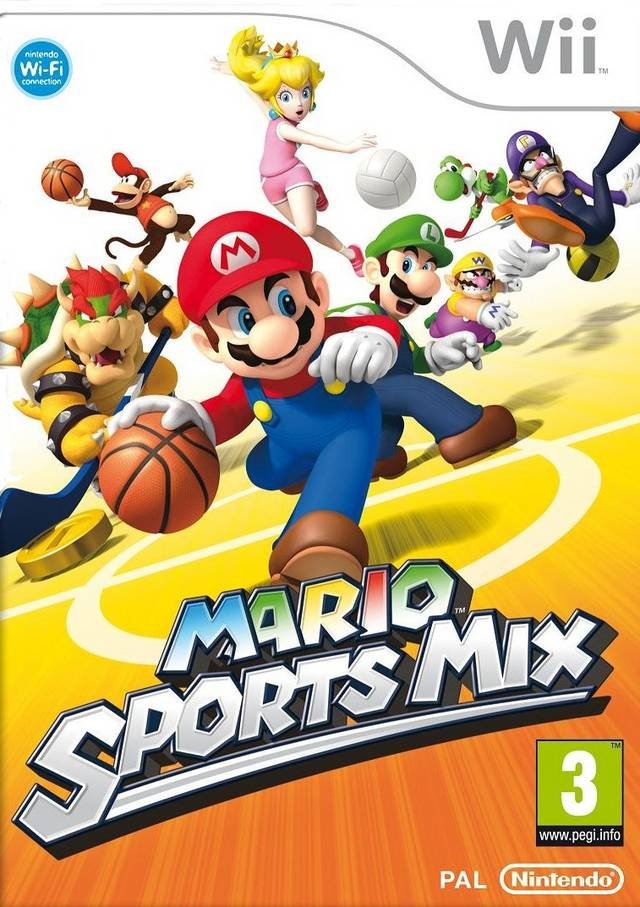 Mario Sports Mix is a collection of sports simulations based on characters from the Mario franchise and other Square Enix properties, specifically the characterisations of some of the base classes from Final Fantasy and the Slime from Dragon Quest.

The games include volleyball, hockey (both field and ice), dodgeball, and basketball in the vein of the two companies' earlier collaboration, Mario Hoops 3 on 3. There are power-up items which give advantages to the team that attains them. Each game has an Exhibition mode, in which up to four human players compete in individual matches, and Tournament mode, where up to three players play matches in a tournament structure, with modes of difficulty named Mushroom, Flower and Star.

Mario Sports Mix also includes several party games based on the mechanics of each sport. Smash Skate is based on Hockey, Bob-omb Dodge is based on Dodgeball, Feed Petey is based on Basketball, and Harmony Hustle is based on Volleyball.