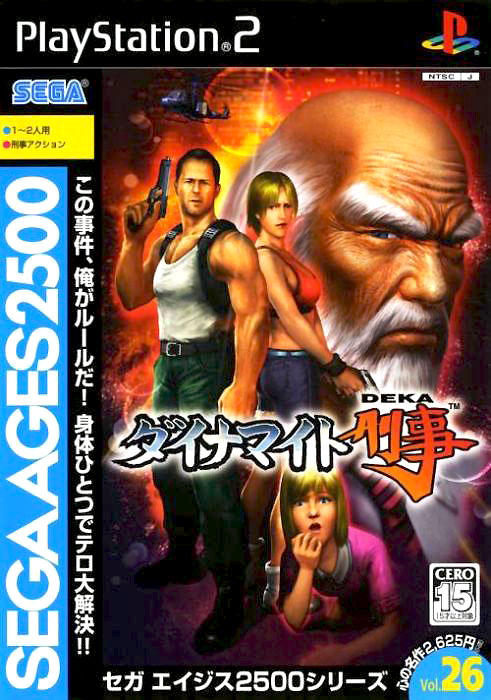 This game is an enhanced version of Dynamite Deka (though the original is still selectable), also known as Die Hard Arcade. It offers improved graphics, more modes of play, various art galleries and a costume system, allowing you to wear Golden Axe attire.

Similar to the Sega Saturn version players can earn extra lives through a minigame, though rather than being a port of Deep Scan, it is a simulation of the 1968 electro-mechanical machine Periscope.

It was later rereleased on the PlayStation 3's PlayStation Network as a digital download as just Dynamite Deka. As this entry was released with the older CERO rating system, the rerelease was rerated C.