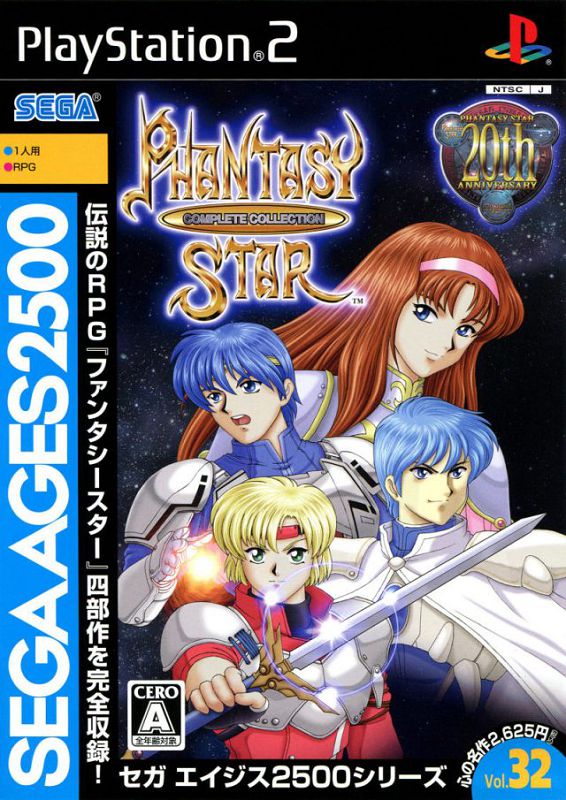 This compilation is the third Phantasy Star title in the SEGA AGES 2500 series, and has the four first titles in the series, with both the Japanese and the English versions included, different difficulty settings (have the players gain more experience and money) and extensive galleries for all games: