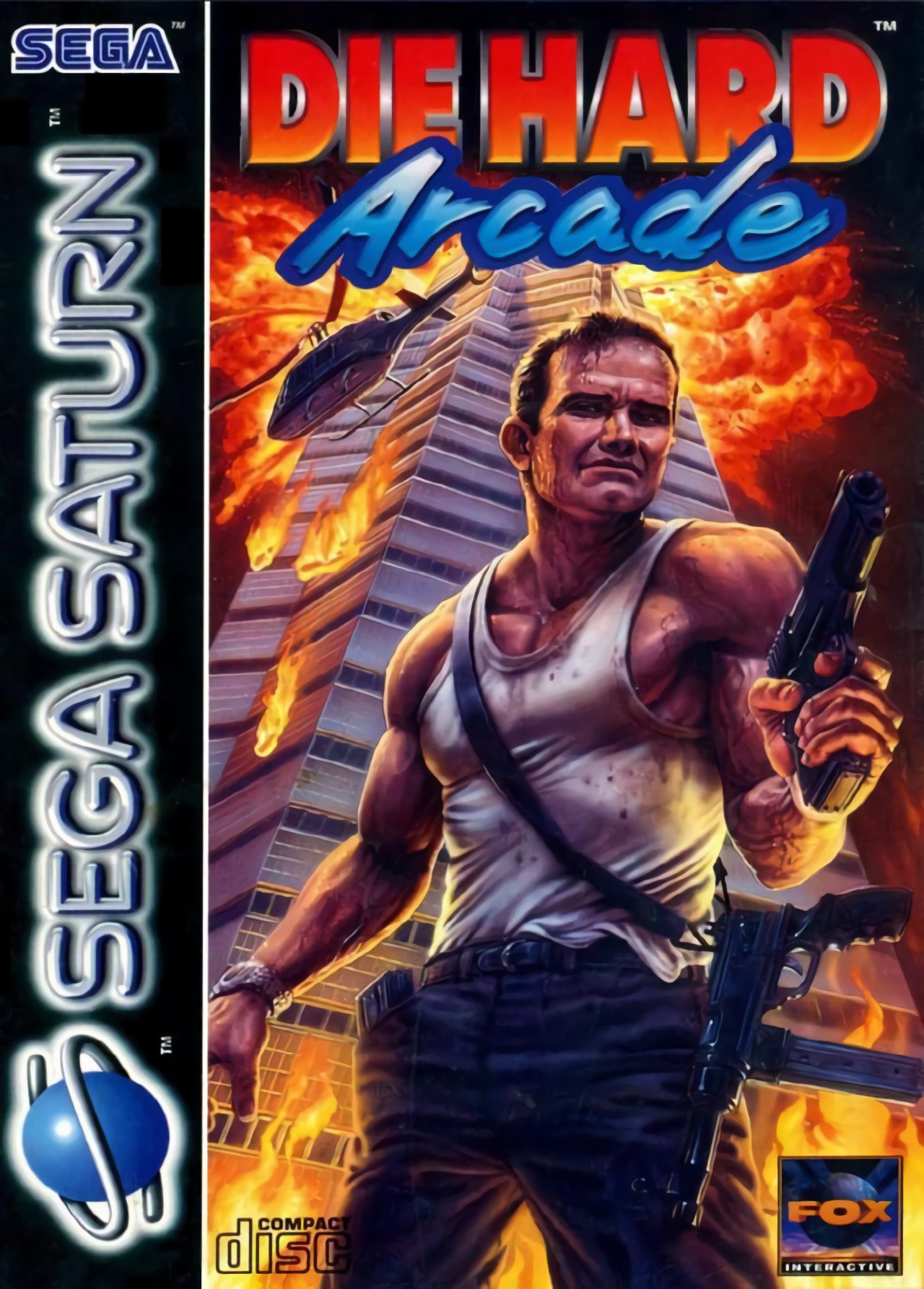 A 3D scrolling fighting game based on the first Die Hard movie. One or two players work their way up and down a skyscraper in attempting to rescue the President's kidnapped daughter. A large number of fighting moves are available through the simple controls of punch, kick and jump, plus movement. Many weapons are available from knives and broken bottles to machine guns and rocket launchers. Other objects can be picked up and used as weapons such as chairs, an aerosol and lighter combo and even a grandfather clock! Between several of the stages are reaction tests that require a button to be pressed quickly, usually punch, kick or jump. Failure means an extra fight has to be won often with little or no reward in terms of items. The climax sees the heroes fighting the mastermind (who has many swords on his person) on the roof of the skyscraper. Also included is an old Sega arcade game, Deep Scan, used to gain extra credits for the main game.