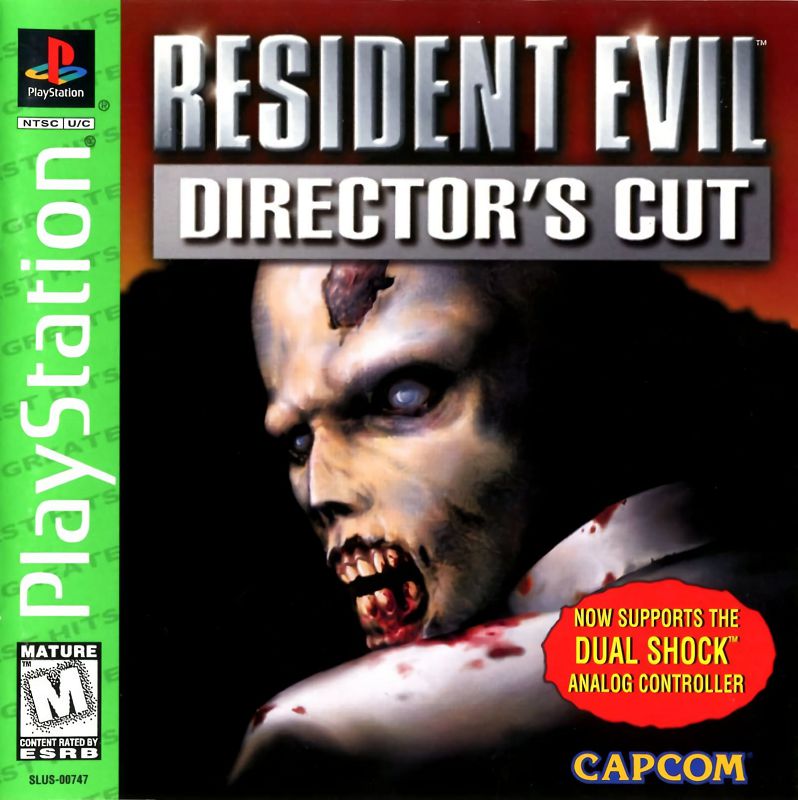 The original release of the Director's Cut advertised an uncut version of the opening cinema, in full color, and never-before seen. Notable aspects of this video include shots of a corpse with bites taken out of the face, close-ups of zombie dogs bleeding when shot, and graphic quick-cuts of Joseph being bitten by these dogs. Chris is also shown smoking in his introduction, which was cut from Western releases. However, only the French and German releases contained this footage. U.S. and UK versions retained the censored black-and-white video shipped with the original release. This has never been corrected, either in the Greatest Hits reissue, or with the PSOne Classics downloads on the Playstation Network.

The original issue of the Director's Cut contained a demo of Resident Evil 2 on a second disc. The "Greatest Hits" re-release added Dual Shock support for the controller (left "movement" stick only).