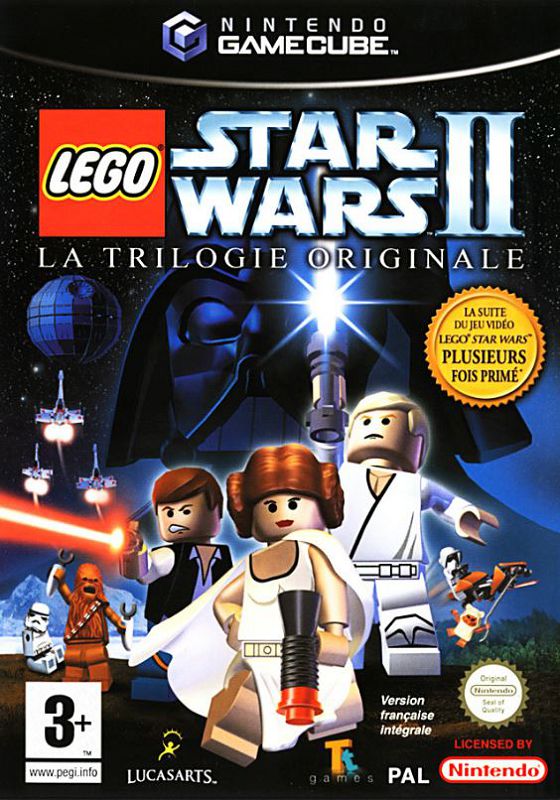 The Legos strike back in the sequel to the original LEGO Star Wars: The Video Game, where players now get to explore the original trilogy (Episodes IV, V, and VI) of the Star Wars movie series. Players use LEGO-ized Star Wars characters to reenact all three of the original movies. All of the sets and props are also made out of LEGO bricks, and retain their properties such as the ability to be rebuilt and fall apart. Like its predecessor, the game puts a spin on the series by adding a light-hearted, humorous touch to the movies, and also by using no dialogue.

LEGO Star Wars II is a third-person action game with platforming elements. Players take control of the characters and vehicles of Star Wars. In Story Mode, players reenact the key events of the original movies with LEGO bricks. Each character has different weapons, like lightsabers for Jedi or crossbows for Wookies, as well as new character-specific attacks and maneuvers. Each character also has different abilities, e.g. Jedi being able to use the force, R2-D2 being able to unlock doors, or Boba Fett being able to use his jetpack. It is up to the player to use these abilities to solve simple puzzles and traverse the levels of the game. Vehicle levels are more prominently featured than in the previous game, with longer sequences dedicated to piloting traditional Star Wars aircrafts.

In addition to a single-player game, there is also a co-op mode that allows two players to go through the Story Mode. In the single-player mode, the second character is controlled by the AI. Like in the first game, the Free-play mode allows players to go back and replay beaten levels with any playable character they have unlocked. A new feature allows players to create their own mixed-up LEGO characters and vehicles. Power Brock items and coin stubs collected in Story Mode will also unlock new characters, vehicles, and items for players to experiment with.