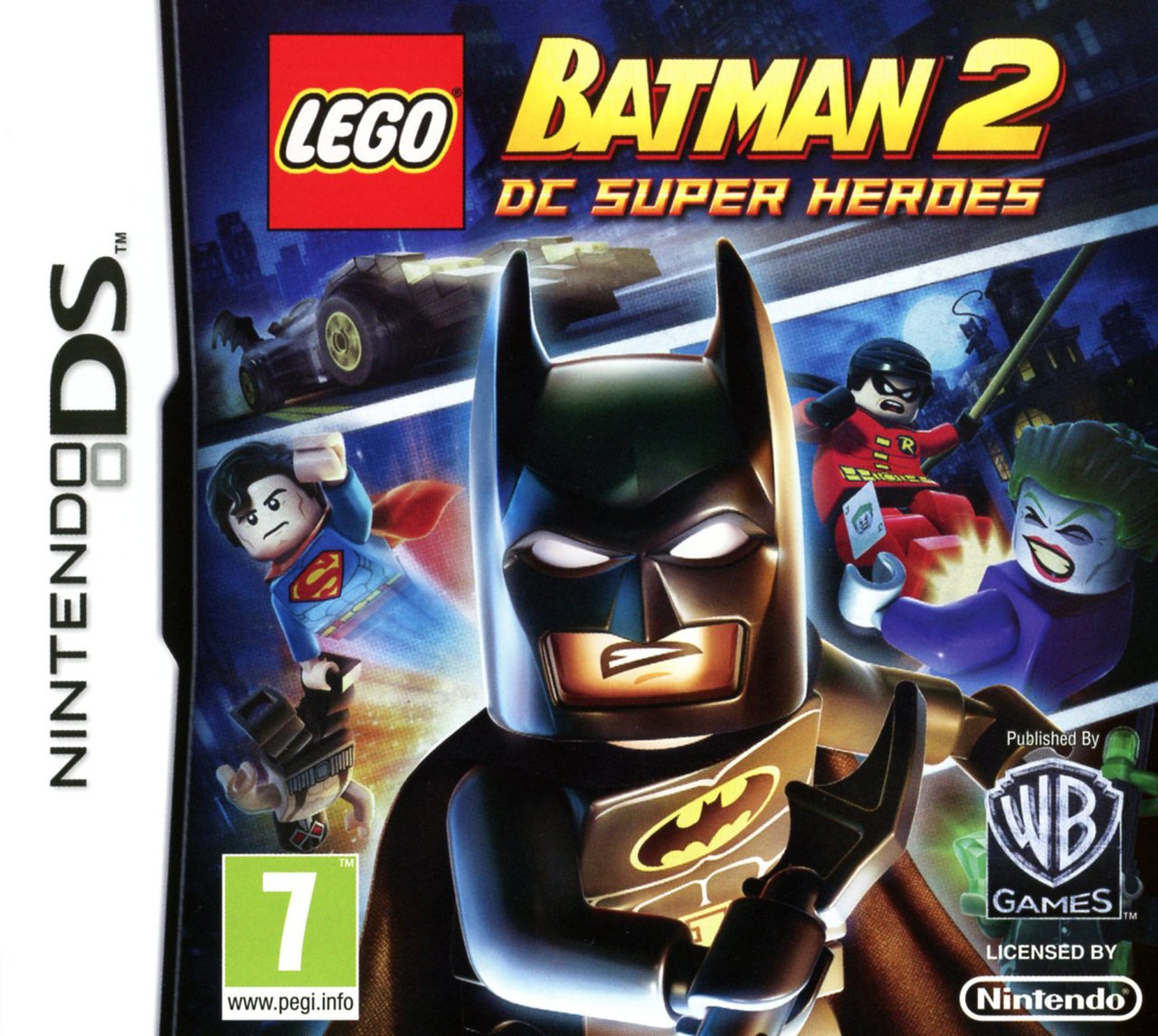 By Perichor : July 24
The handheld versions of LEGO Batman 2: DC Super Heroes (the sequel to LEGO Batman: The Videogame) retain the same storyline as their home console cousins, in which Batman and Robin must team up with characters from the DC Universe (including Superman, Green Lantern, The Flash and Wonder Woman among others) to save Gotham City from the newly-formed alliance of The Joker and Lex Luthor.

These versions include 14 levels in which players must help the Dynamic Duo (along with the Justice League in later stages) collect studs, defeat enemies and interact with numerous objects in an open-world environment akin to the home console editions. After completing the main storyline, there are additional missions to carry out with the Justice League to unlock 5 extra characters within the Batcomputer. Minikit pieces collected will unlock a new character (one for each), Red Bricks unlock abilities in the Extras menu and Sound Bites (introduced in this game and consist of blue musical notes) contain mini-vocal dialogue from certain characters.

The Touch Screen is utilised to select characters, choose the character's current abilities and to choose a character to play as at anytime (only used for Free Play), while the action takes place on the Top Screen.

The handheld versions also save current level progress made and can be accessed at any time from the Load Game screen.