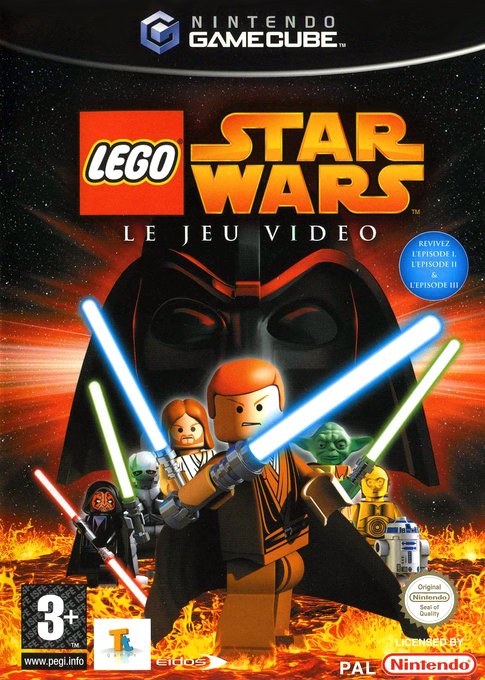 LEGO Star Wars: The Video Game allows players to relive the events of the Star Wars prequel movie trilogy (Episodes I, II and III) in LEGO form. Players take control of over thirty characters to play through key moments from The Phantom Menace, Attack of the Clones and Revenge of the Sith. The storyline includes most of the important events in the movies, omitting or adding a few sequences. The presentation of these events, however, is humorous, with all the characters and environments made out of LEGO bricks. Objects would often break apart like physical LEGO bricks, characters have comical expressions, and all dialogue from corresponding events from the movies is replaced by gestures.

The basic gameplay is action with platforming and light puzzle-solving elements. Players navigate two or more characters through stages, each representing a chapter in a movie. These chapters must be unlocked in a plot-dictated order, eventually completing the entire movie. Characters use different weapons (blasters, lightsabers, crossbows, etc.), and each character type also possesses specific abilities. For example, Jedi can use the force to lift, combine, and destroy objects; robots can unlock encrypted doors; other characters may use a grappling hook to access higher platforms, etc. Some of these abilities overlap (i.e. a problem can be solved in more than one way), though often a specific type of character is required to deal with the situation. In the single-player mode, one player can switch between the available characters; in the co-op mode, two players navigate at least two different characters.