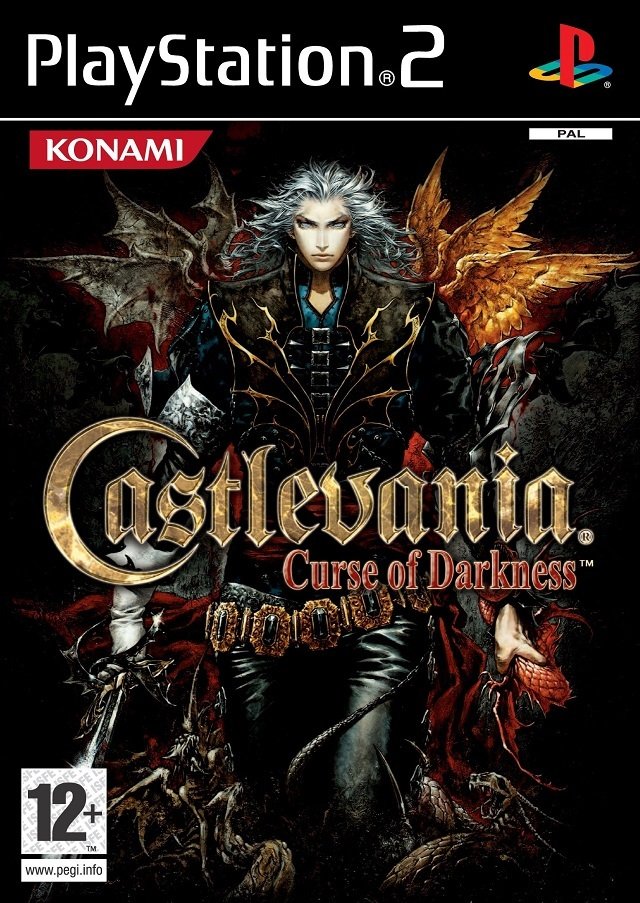 In Castlevania: Curse of Darkness you play Hector, a former Dracula servant and a Devil Forgemaster, who disowns his dark gifts and aims to live a normal life. This event left Dracula vulnerable to the attacks of the Belmont clan. Now that Dracula is vanished, you must fight back the curse cast upon all Europe. There is but one problem, another Dracula servant does not approve with your plan.

Being a Devil Forgemaster now gives the player an ability to forge familiars to fight by your side. As the player himself, they have levels and they can even morph to a different stage depending which weapon you use to fight with them.

The game has some basic role-playing elements such as character attributes and experience. Unlike Castlevania: Lament of Innocence, you are now able to use many types of weapons: Axes, swords, spears, knuckles and even shields for example. You can also craft your own weapons either by using an existing weapon as a base, and having some additional material such as bronze, steel and aluminium or having an extra amount of materials.

The battle system allows you to lock on to an enemy and hit them with multiple combos. You have some control on your Innocent Devil, and can command it to use certain skills, guard you and join the fight.