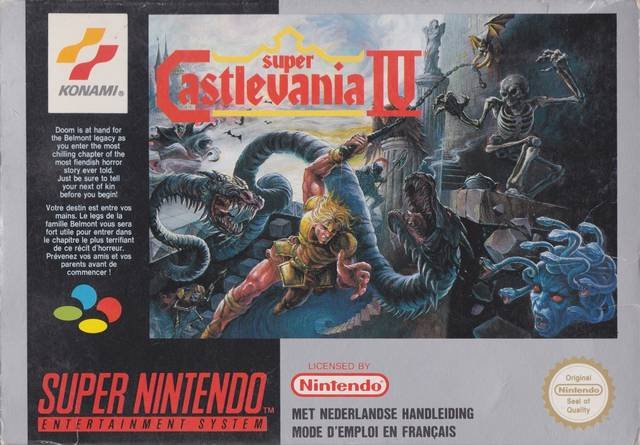 Super Castlevania IV is, story-wise, a remake of the first game in the series. Set in the year 1691, the game casts the player in the role of Simon Belmont, a vampire hunter armed with a powerful whip, on a quest to defeat the evil Count Dracula in his castle. Despite the identical plot, the six castle stages have different layouts and themes; also, five initial stages that depict Simon's advancement towards the castle through various environments have been added.

The gameplay consists of traversing timed, linear platform stages, defeating enemies with the whip or sub-weapons that require collecting hearts and can be found by destroying parts of the scenery. Simon's stand-out ability in this installment are eight-directional attacks with his whip, which allow him, among others, to damage enemies standing below and above him. Holding out the whip will block enemy attacks. Simon can also latch his whip on special grappling points to swing over pits and obstacles. Game progression is saved by passwords given to the player after a stage has been completed.

Visually, the game uses hardware "Mode 7" effects such as parallax scrolling, rotating rooms, and pseudo-3D objects in some locations.