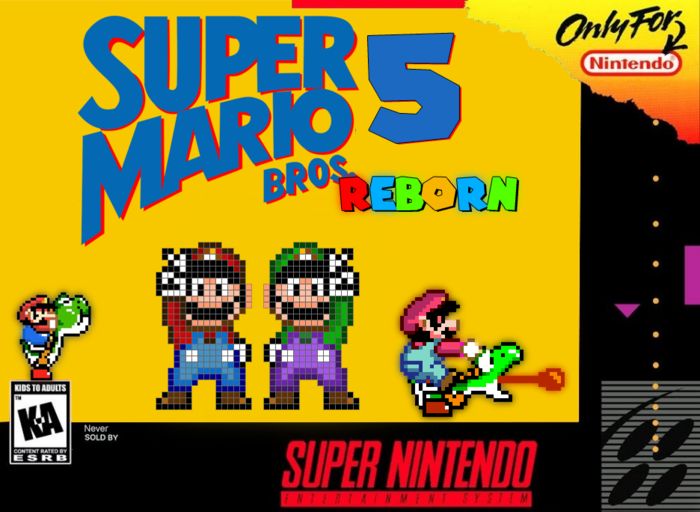 Super Mario Bros. 5 Reborn is a near total revamp of a Super Mario World hack Gamma V created and canceled back in 2007.

STORY:
After saving Peach and beating Bowser on the Starlight Islands, the Mario Bros, Yoshi, and Peach decide to take a vacation in the Kola Kingdom, far away from Bowser and his princess-kidnapping antics. During their vacation, they discover that Bowser has apparently taken over the Mushroom Kingdom. He's even sent the Koopalings to steal the Star Keys that keep the warp between the Kola and Mushroom Kingdoms open. Can the Mario Bros. recover the Star Keys to re-open the warp and save their homeland?

Use ZNES with this game for a better experience.