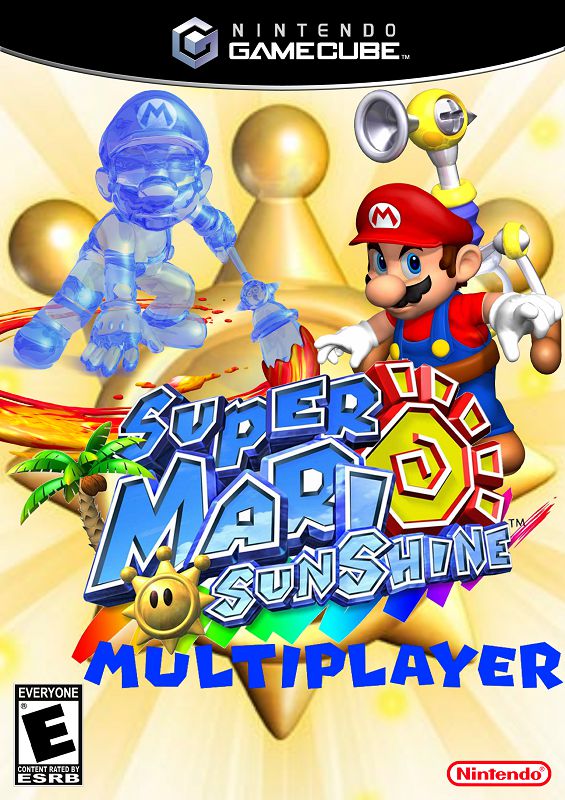 Tired of playing Super Mario 64 Multiplayer? Want to play its successor in open world style, Super Mario Sunshine, with two players? This Rom Hack is for you! And even thanks to Dolphin's capabilities, you will be able to play online with your friend via Netplay, isn't that nice?

Super Mario Sunshine Multiplayer as its name suggests is a multiplayer hack where the first player plays Mario, then the second one plays Anti-Mario. That being said, it seems strange to be able to play as Anti Mario as a second player, knowing that the troublemaker of Mario's vacation is none other than Anti-Mario himself.
Work cooperatively with Anti-Mario who has the ability to lift Mario and throw him. Sure, he doesn't have a second F.L.U.D.D. but he can spin around and splash water in the corners. He also has a life bar.

New with old? Make up your own mind!

If you have the GameCube menu Bios for Dolphin, do "Skip Main Menu". If you set the language of the GameCube emulator to French there will be no problem but the game will still be in English. You can skip the cinematics by just pressing A.