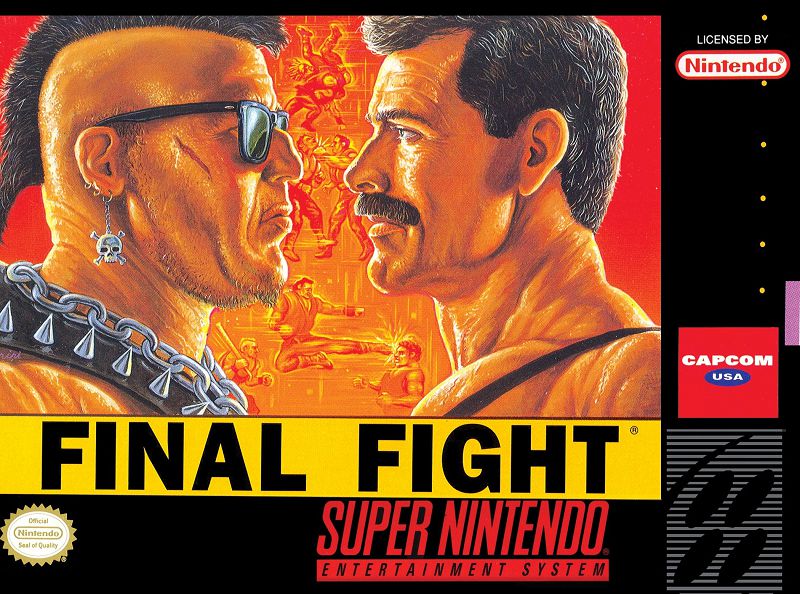 The SNES version of Final Fight some significant differences to the original: there is one less level (the factory level is gone), one less character to choose from (only Haggar and Cody are available) and no multiplayer. There is also a sprite restriction of three enemies at the same time in place.

Shadow and light are two sides of the same coin. One cannot exist without the other. ☯️