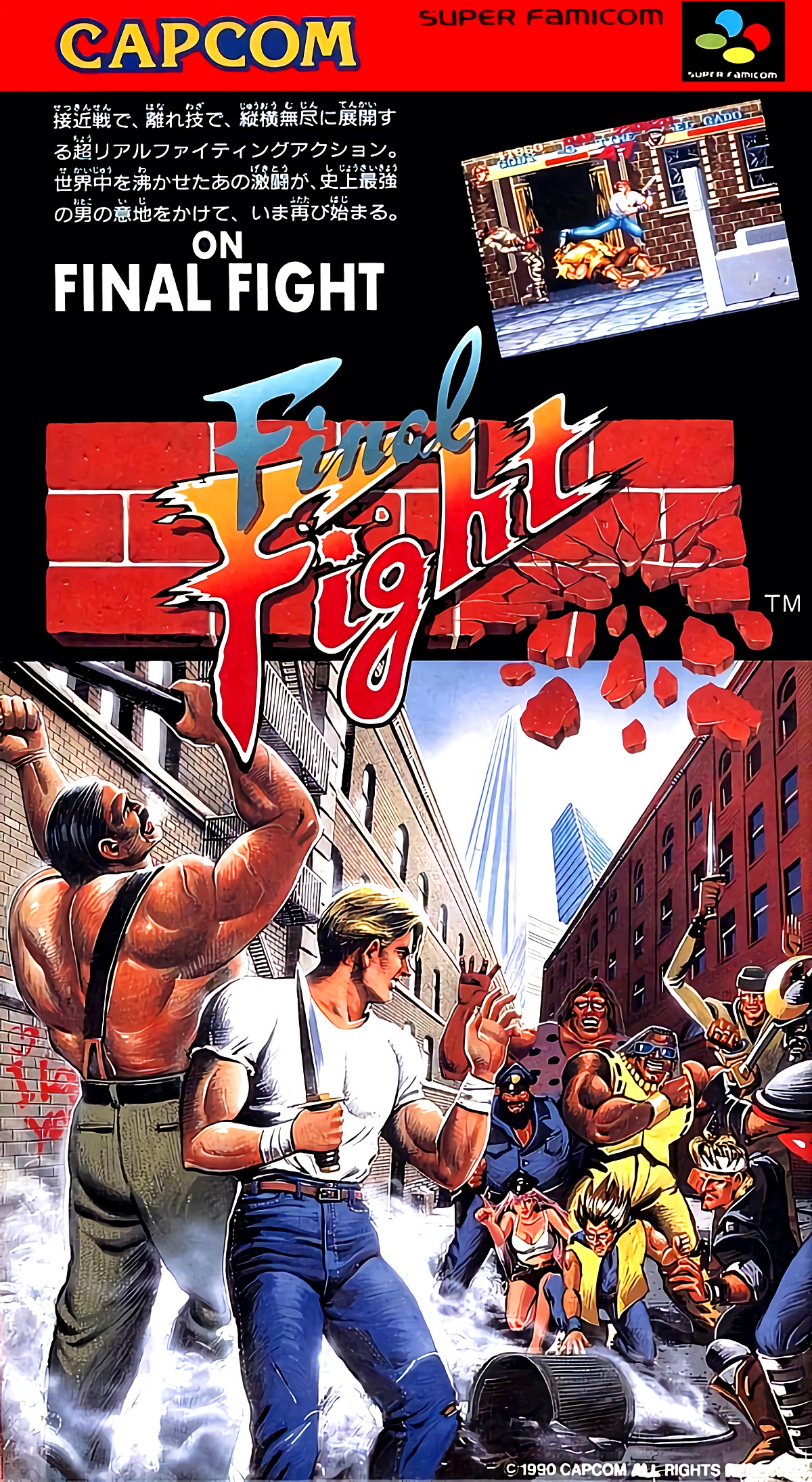 By RomStation : November 5, 2010
The SNES version of Final Fight some significant differences to the original: there is one less level (the factory level is gone), one less character to choose from (only Haggart and Cody are available) and no multiplayer. There is also a sprite restriction of three enemies at the same time in place.

Impossible is just a word to let people feel good about themselves when they quit.