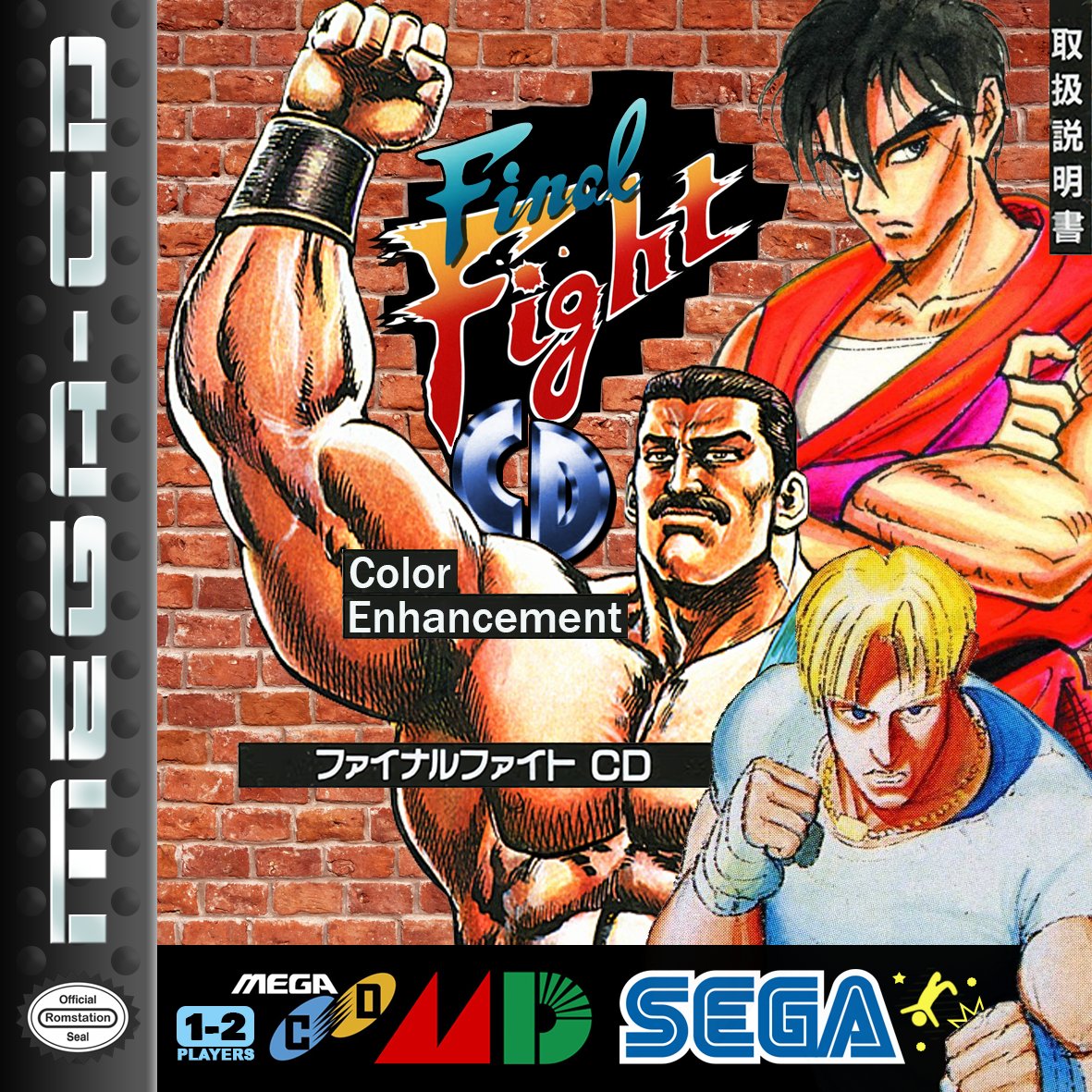 This is a massive patch that changes all the colors of the game Final Fight CD to be more faithful to the original arcade version.

This is the final version of the hack.

A huge thanks to Pyron for his work.