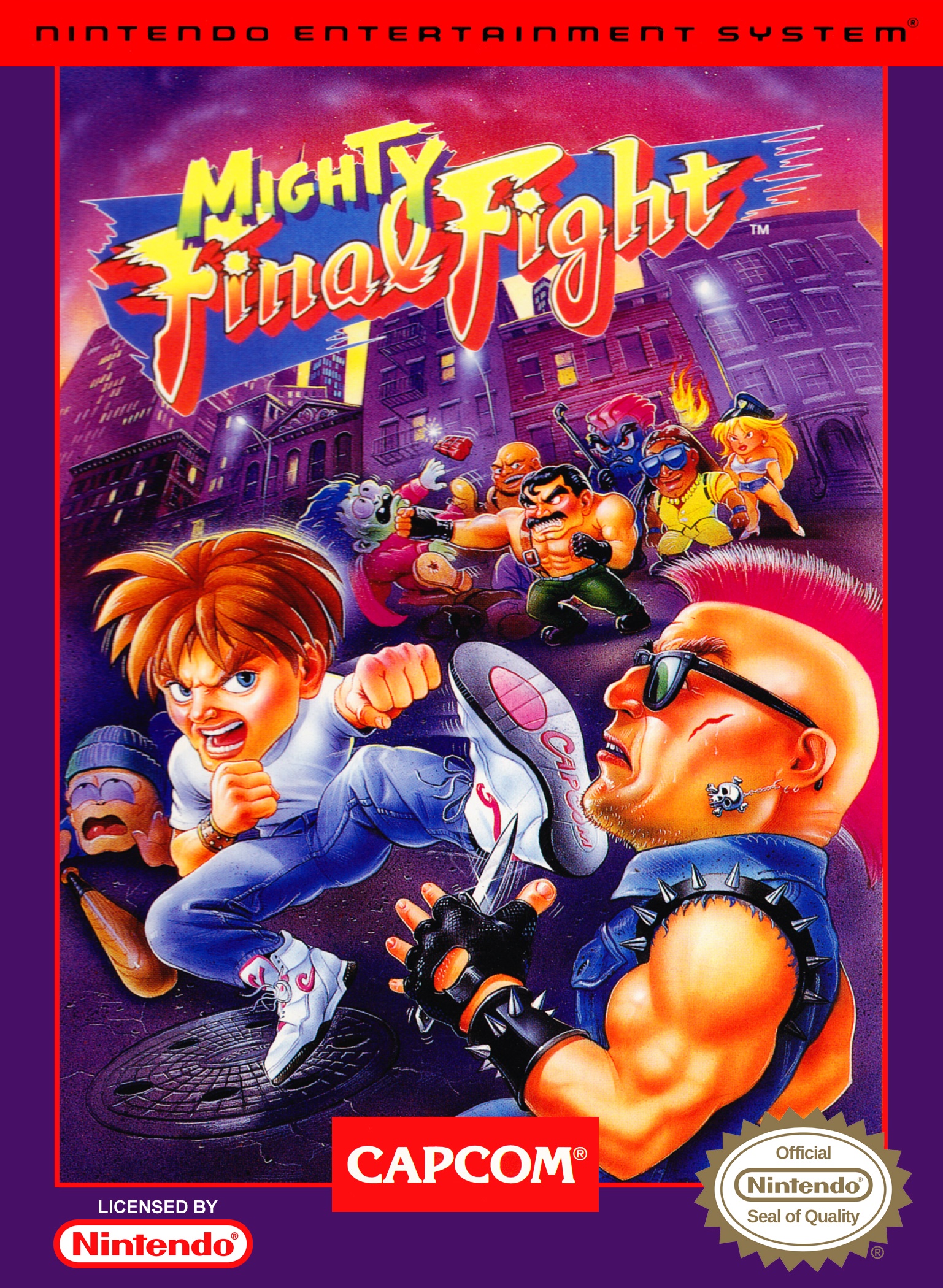 The Mad Gear Gang has spread crime and violence throughout the streets of Metro City. Only one man has enough guts to take the streets back from them, Mayor Mike Haggar. Now the Mad Gear Gang has kidnapped his daughter Jessica to bring him under their control. But they've made one mistake: Haggar's furious and he wants someone's head! Guy and Jessica's boyfriend, Cody, are joining Haggar to clean up the slime-filled streets and rescue Jessica. Along the way you'll find food to replenish your health, or better yet, search for weapons to knock the living daylights out of your enemies. So join Haggar and his friends as they try to free the city from the evil clutches of the Mad Gear Gang!