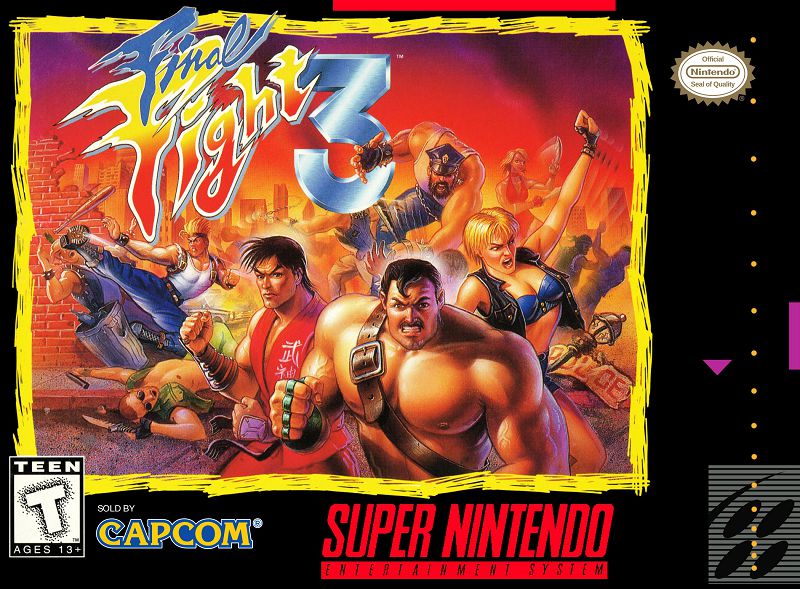 By GambierBae : March 18, 2019
Final Fight 3 is almost identical to the previous two SNES installments. The Mad Gear gang has been destroyed and, because of this, the Skull Cross gang has gone rampant in Metro City. Now, it is up to mayor Mike Haggar and Guy (along with newcomers Dean and Lucia) to stop them once and for all.