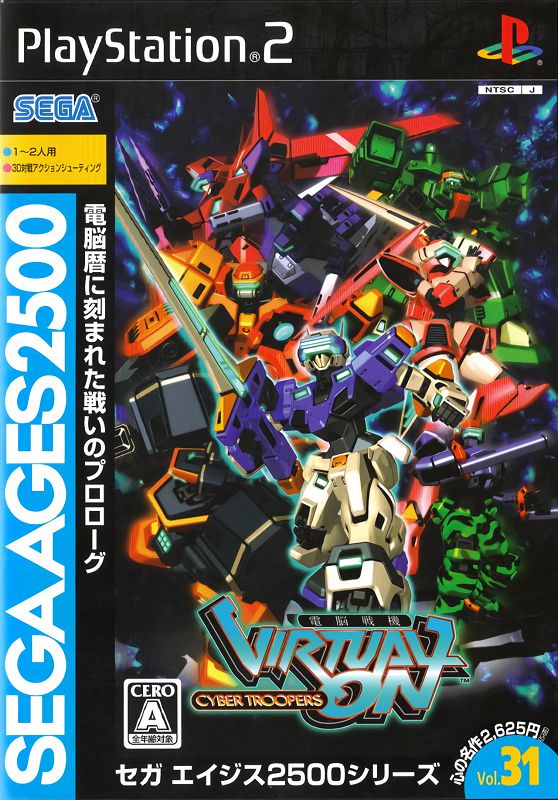 Cyber Troopers Virtual On is an update of the arcade game of the same name, initially created for the Sega Model 2B CRX system board in 1995. It features various new modes such as "Assault mode" which removes projectile weapons, "Chibi-Chara mode" which turns all the Virtuaroids into super-deformed toys, while "Z-Gradt mode" allows you to play as the final boss. You can also enable "dash cancelling", a feature introduced in the sequel, and enable a few extra moves that were introduced in later games. There's also system link, progressive scan and 16:9 widescreen support as well as sound test and artwork gallery.

This game is an update to the arcade version of Cyber Troopers Virtual-On. It features a variety of extra options such as widescreen support, system link, "assault mode" (removing projectile weapons) and "chibi mode" (similar to Virtua Fighter Kids). You can also play as the final boss in "Z-Gradt mode", and can enable "dash cancelling", a feature introduced in Cyber Troopers Virtual-On: Oratorio Tangram.