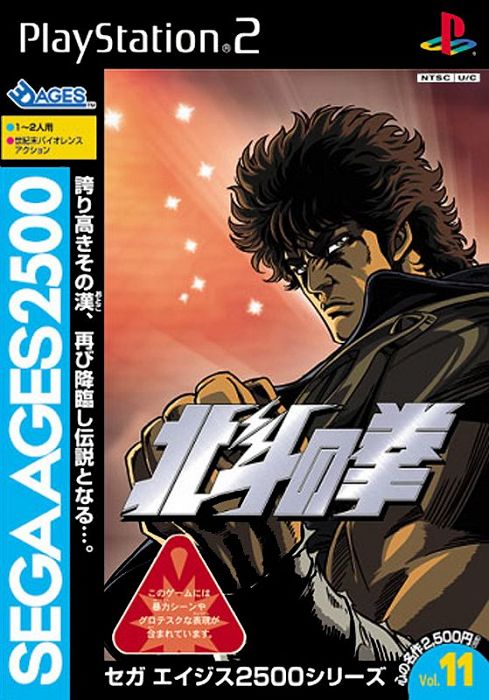 This is a budget remake of the Master System's fighting/RPG hybrid Hokuto no Ken based on the popular manga of the same name.

In the game you play as Kenshirou, "The Fist of the North Star" a lone warrior that roams the wastes of a post-apocalyptic earth which has now reverted to a collection of shanty towns ruled by feudal lords in search of his long lost love. But before he gets to her, he must deal with the ganglords and evildoers that populate earth with the knowledge and power of the North Star school of martial arts.

The game plays like most 3D one-on-one fighting games, face against opponents in hand to hand bouts and make use of your character's special moves and combos to defeat them. This PS2 remake updates the original with all-new polygonal graphics as well as reworked music and SFX, including full voiceovers for all characters. Also available is the emulated original version for the Master System.