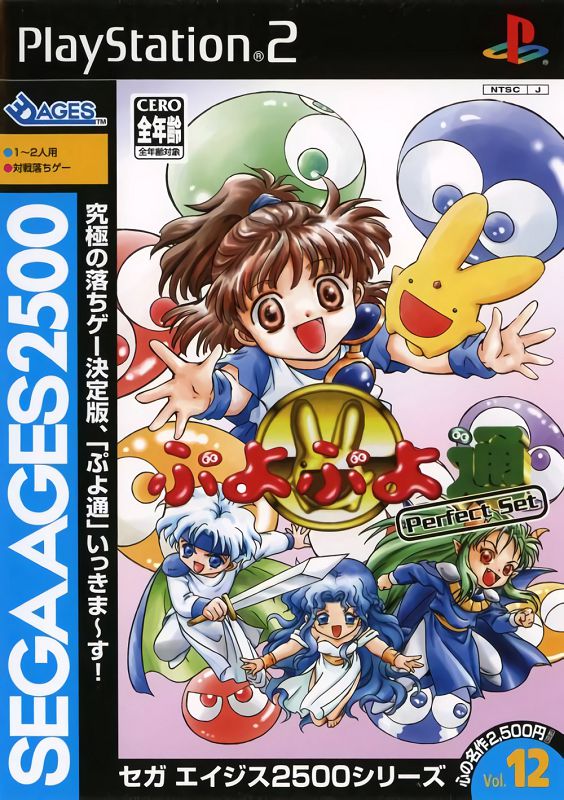 As the name may suggest, Puyo Puyo Tsuu Perfect Set is an upgrade of Puyo Puyo Tsuu, originally released for Sega System C-2 arcade hardware. Though the original was not strictly a Sega game, Sonic Team had acquired the Puyo Puyo series from Compile by this point, making it a Sega property.

Perfect Set is very much like the original game, but with higher resolution graphics, the ability to choose between enhanced sound and System C2 sound, all the features of later versions of the original (such as the 36-opponent "Super Quest" mode from the Sega Saturn port) and a variety of extra modes such as a "Nazo Puyo" mode. It also features an Omake mode, with trailers for all games in the Sega Ages 2500 series released up to that point.