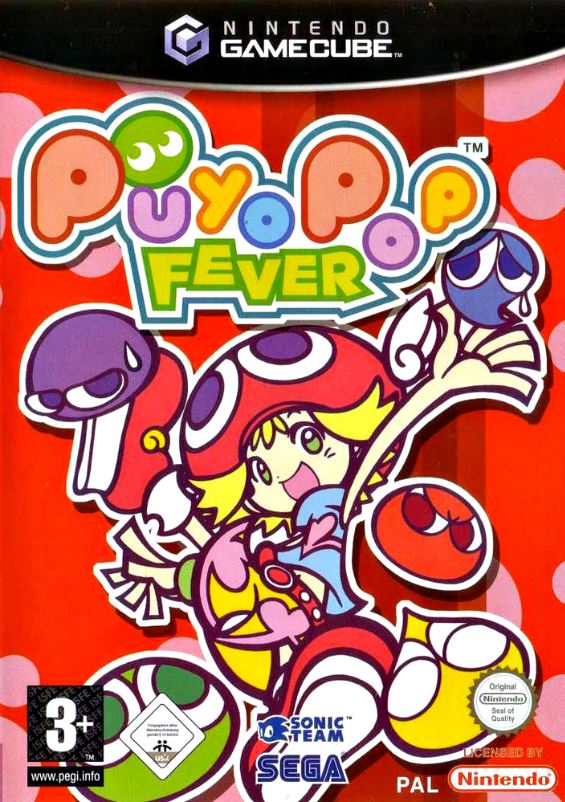 Accord, teacher of the local magic school, has lost her magic flying cane. There is word of an award so the students are busy searching high and low for it. Naturally, our heroes Amitie and her school nemesis Raffine make their way toward the distant dark castle, challenging - and being challenged by - everyone you come across in a game of Puyo Pop.

Puyo Pop Fever is a puzzle game of the falling-block variety, the goal of which is to clear your blocks (Puyos) by combining four or more of the same color, which will then vanish. This will produce Nuisance Puyos. These colorless Puyos will fall onto your opponents screen, thus blocking chains and combos they could create. These pesky Puyos can only be exterminated by removing neighboring Puyos.

When an opponent sends Nuisance Puyos to your screen you can try to "offset" by clearing your own Puyos and limiting the number that would fall on your screen. This will also increase your Fever Meter. When this meter fills you will be given a set of prearranged Puyos with which you can wrack up giant combos and send tons of Nuisance Puyos to your opponent. When any player's field becomes so full that they can no longer drop Puyos they lose the game.