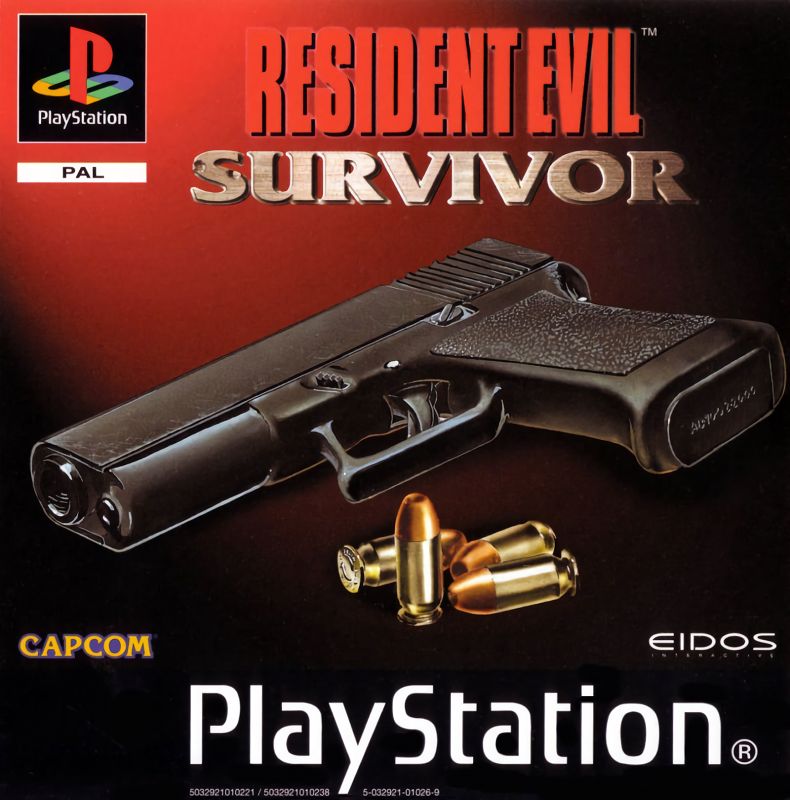 A man wearing white, a crashed helicopter, a pair of dog tags with the name 'Ark Thompson', and a pistol. These are the only clues a young man finds to his identity as he awakes on Sheena Island. On his journey through the island he will encounter many monsters as well as discover the terrible secrets of Umbrella's biological weapons programs.

Resident Evil: Survivor is set several months after Resident Evil 2 & 3 and is the first Resident Evil title to be rendered in real time as opposed to making use of pre-rendered backdrops. Levels are explored in first person, and when enemies are encountered the press of a button will bring up a targeting reticule for shooting. As with most light-gun games there is infinite pistol ammunition available, but limited ammunition for more powerful weapons. At the end of each level two doors are presented which both lead to different levels, although all paths eventually lead to the same ending.

To emulate the G-Con with your mouse, select the option corresponding to this device in the emulator control configuration menu.

Thanks to Traducciones del Tío Víctor for this translation.