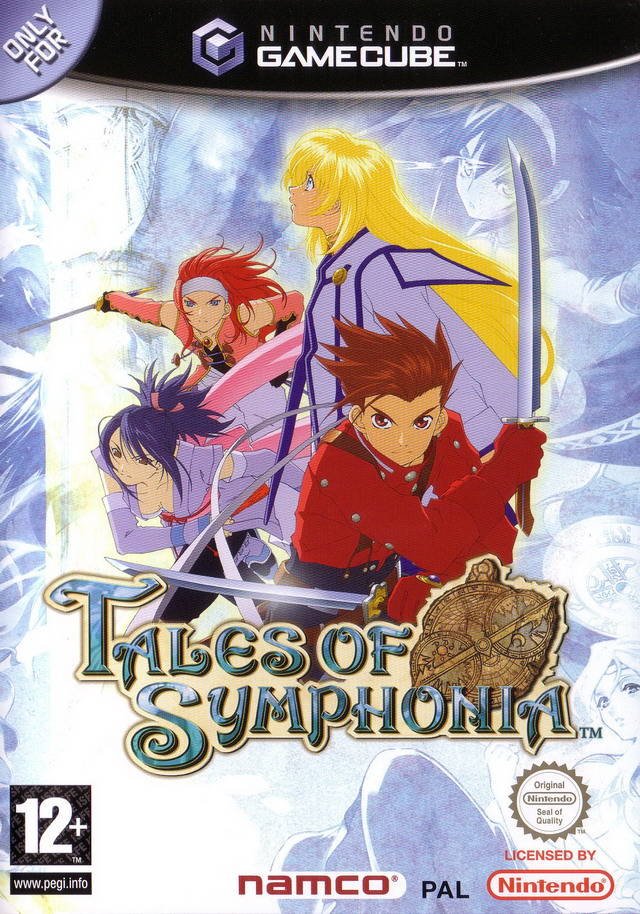 Tales of Symphonia is an RPG that starts off from the peaceful village of Iselia. Where Lloyd Irving is a student under the tutelage of Professor Raine Sage, who specializes in magic and archaeology. His school friend Colette Brunel has been rumored to be the daughter of an angel. She was born with a sacred stone in her hand, because of this she is the "Chosen of Sylvarant". The Chosen must complete the world regeneration, a quest to unlock magic seals and enter the otherworldly Tower of Salvation, to make the slowly dying world a true paradise. This will mean the end of the Desians, a race of half elves, who now dominate the land through work camps, fear, and force.

The characters develop not only through cut-scenes, many of which feature voice acting, but through what the game calls “skits”. These "skits" however, do not feature voice acting like the in-game cut-scenes. A warning is displayed on the bottom left hand side of the screen when a skit becomes available, it can then be activated by pressing Z. The Skit generally features two or more of the characters interacting. They will react to what is said and depending on the characters and the situation the results can be anywhere from comic to tragic. This system allows one to understand the feelings of each character.

Special features of the game include: Ex-Spheres, Strategy and Cooking. Ex-Spheres are special objects which enhance a character's abilities or may even grant new ones. These abilities can affect battle or have an effect outside of battle. Each Ex-Sphere will have a level of 1-4 each with more powerful abilities; up to four Ex-Spheres can be attached to each character. Strategy can be applied to CPU controlled players, for example making spell-casters attack a specific enemy or ordering them to stay behind the front-lines. An alternate way to heal characters is to cook. This is based on the specific character's skill to cook and the ingredients used.

Most of the game is spent, like most RPGs, in towns, dungeons, towers, sprawling world maps, and of course combat. Battles in Tales of Symphonia are fought in real-time. Only four members of your party can participate, each with unique fighting styles. As the game progresses, you are not restricted to only using Lloyd, all major characters are playable which allows you to switch your gaming style. Basic physical attacks are carried out with the A button and pushing the control stick in various directions. The B button is used for special physical attacks and casting spells. Often these special attacks can be linked from a basic physical attack to Special Attacks in progressing levels of 1-3. During a battle you run in a straight line and are able to jump over enemies. In Multiplayer up to 3 more players may partake in battles with you.