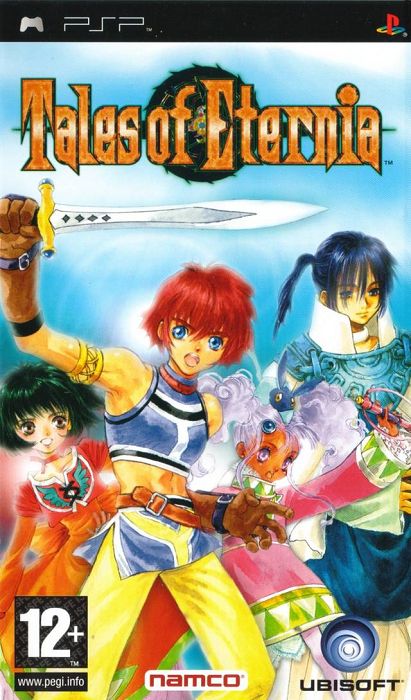 Reid and Farrah are two friends who live together in a little town. One day, a mysterious young girl falls down from the sky and is found by the two friends. After a while, they discover that her name is Meredy and that she has come to prevent the collision of her world Celestia with Inferia, the planet on which Reid and Farrah live. The three decide to set out on a quest to collect elemental spiritual beings that alone can stop the terrible disaster.

Tales of Destiny II (Tales of Eternia in Japan) is a Japanese-style role-playing game that uses the series' trademark LMBS (Limited Motion Battle System) combat. Like in the previous games, random battles take the player to separate side-scrolling screens where the player directly controls one character in a way similar to fighting games. Other characters are controlled by the AI, but the player can also choose to switch between characters at any time, micro-manage their actions, or assign general strategies. As opposed to earlier installments, spellcasting is done in real time (lasting longer than regular attacks), and characters are able to directly dodge enemy spells.