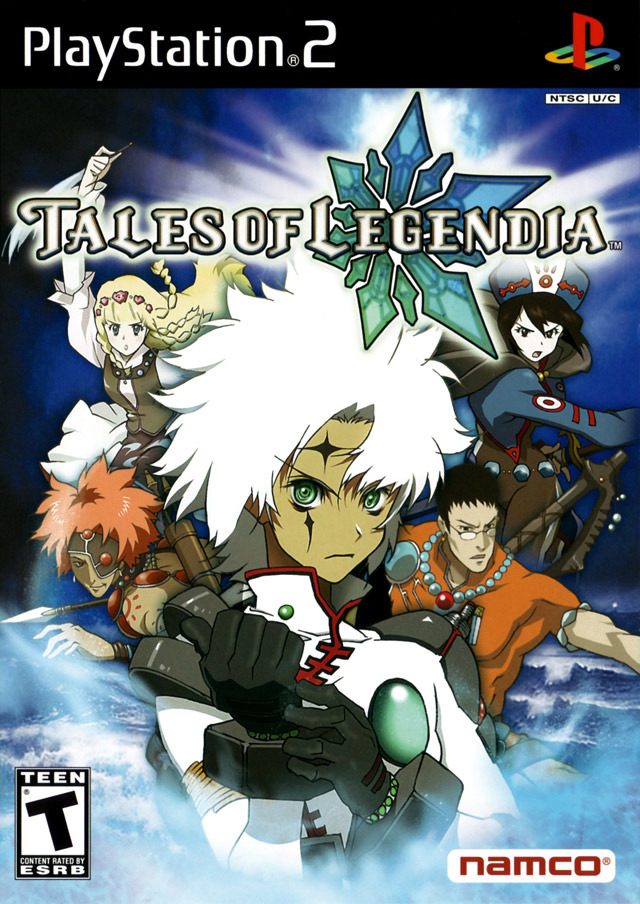 You play as Senel Coolidge, a white-haired young man who is deeply attached to his sister Shirley. One day the two were sailing on a boat and suddenly discovered what seemed like a huge continent - a giant ship called Legacy, a relic of an ancient civilization. Senel and Shirley begin to learn about the culture of this new world, and Shirley discovers that there must be some connection between it and herself. But before long Shirley is abducted, and Senel swears to find her and to unravel the mystery of the new world.

Like in all previous "Tales Of..." games, the battles take place on a 2D plane, and are entirely in real time. You can manually control only one character in your party, while others perform the actions automatically, according to assigned strategy. It is possible to combine several attacks in order to learn new ones, and also to cook new items by using recipes.