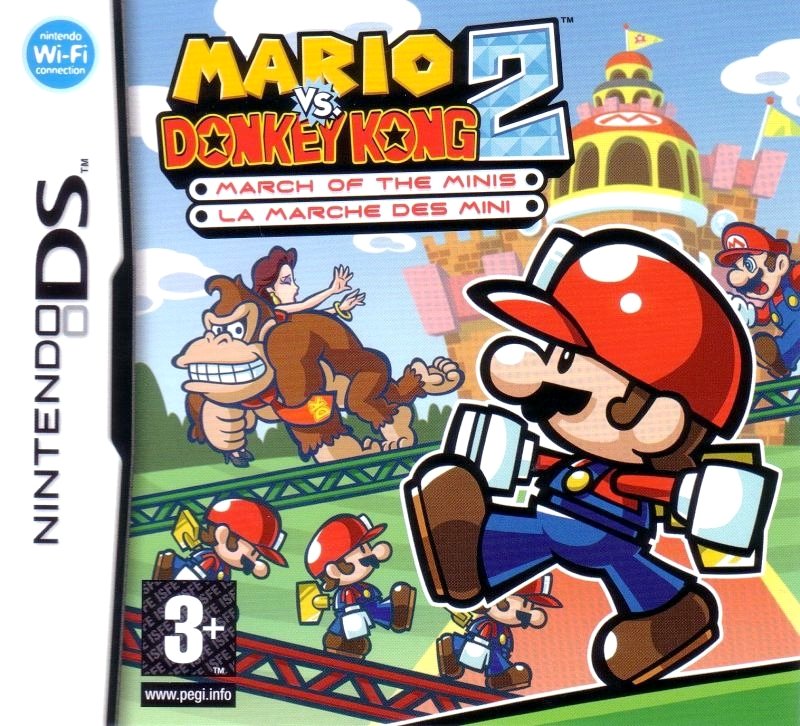 In the original Mario vs. Donkey Kong, Mario was trying to find all the Mini Marios ... but this time, it's up to them to save the day. Players use the stylus and the touch screen to guide Mini Marios through mind-boggling, obstacle-filled levels. Mario vs. Donkey Kong 2 allows players to create their own maps with a new level editor. Once a map is created, players can send it across the world via Nintendo Wi-Fi Connection. Players also can use Wi-Fi to download maps created by others, check out a player-ranking system and access special bonuses. Pauline returns! Pauline appeared in the original Donkey Kong as the woman that Mario was attempting to rescue, and was one of the first recognizable characters created by Nintendo. After a decades-long hiatus, Pauline is finally returning to the world of video games in Mario vs. Donkey Kong 2. Pauline is the object of Donkey Kong's misplaced affections, so players must rescue her all over again. It seems folks love those Mini Mario toys. So much so that the Mario Toy Company has expanded the line to include Mini Donkey Kong, Mini Toad and Mini Peach figures to the series. With all these toys bringing him more money than he knows what to do with, Mario decides to fulfill his lifelong dream and open a theme park called Super Mini Mario World. The opening-day crowd includes Pauline and Donkey Kong, who immediately falls head over heels for the lovely lass. The proud ape tries to show off his Mini DK toy to Pauline, but she picks the Mini Mario toy over his and the jealous Donkey Kong becomes enraged. He smashes the displays, destroys the toys and takes Pauline to the top floor of the amusement park. Players must find Pauline and save the day.