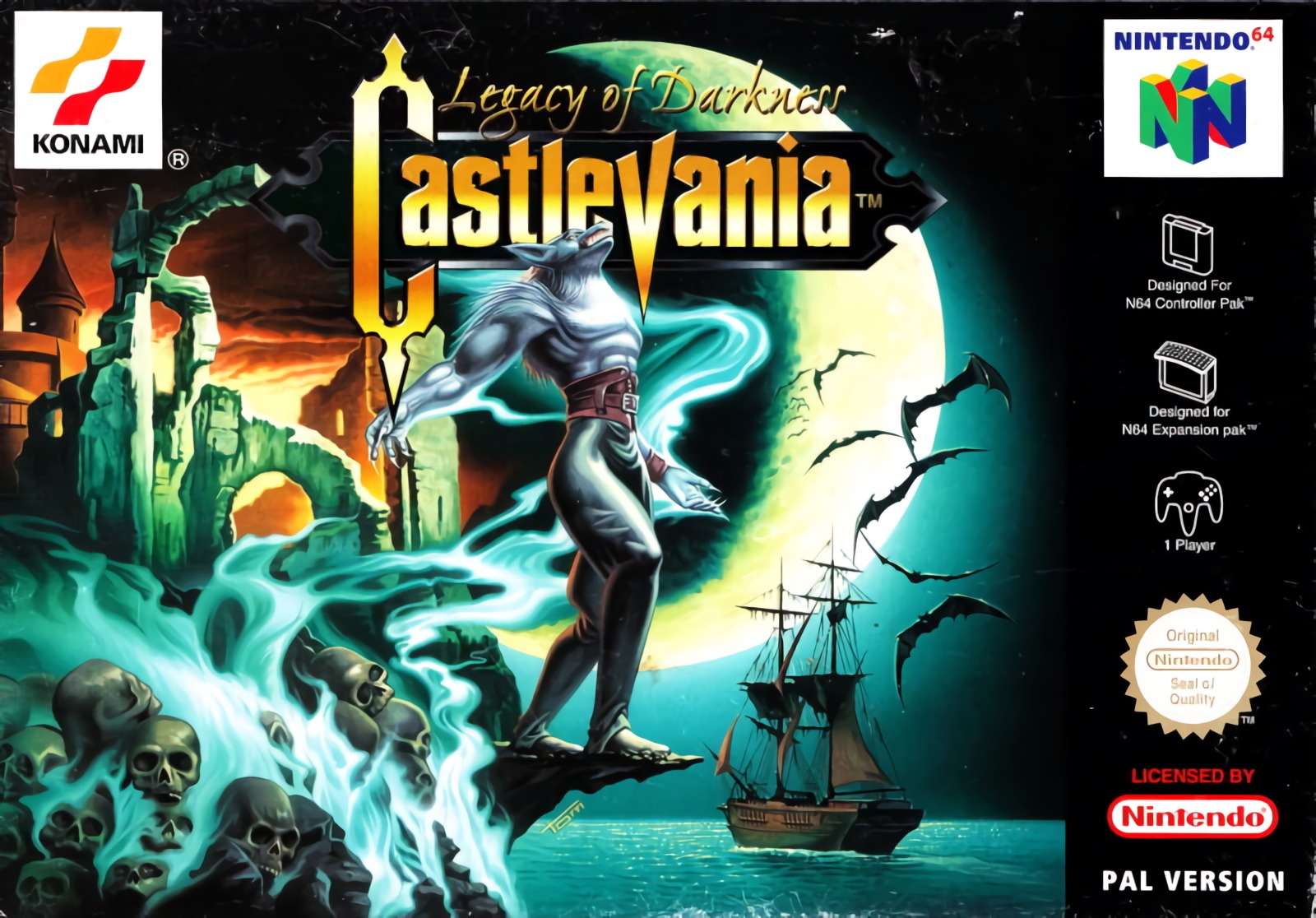 Castlevania: Legacy of Darkness is the sequel to the first Castlevania Nintendo 64 adventure. Although at war with the same enemy in the same castle, the player must fight as 4 different characters, with improved graphics and a new look to certain areas that appeared in the original.

To begin with, set 8 years before the events that took place in Castlevania, the count has kidnapped the young sister of Cornell, a powerful werewolf. As Cornell, the player must battle through the castle and defeat Dracula to save Cornell's sister.

Once completing the game as Cornell, the player may take up the role of Henry, a demon-hating hero who must save captured children from the hands of Dracula within a set time limit. The player may then take on Dracula once again as the original heroes of Castlevania 64, Reinhardt Schneider and Carrie Fernandez, and re-live the events of the previous game through new and improved surroundings.