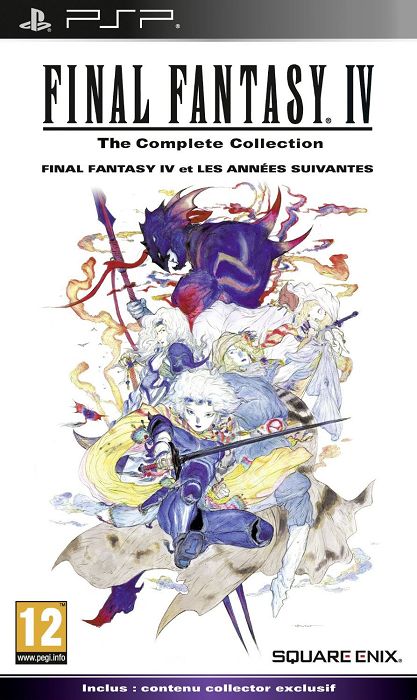 It features enhanced high-resolution graphics, new soundtracks and CG movies (from the DS remake of FFIV, and new ones for The After Years), and a gallery mode to view CG movies and artworks. The version of The After Years included in this collection features exclusive enemies (one for each tale's Challenge Dungeon) and an exclusive post-game boss called Lost Babil. This boss is fought in three fights and the player needs to assemble three parties of characters for it.

It also contains a new playable chapter Final Fantasy IV -Interlude- (selectable from the main menu) that bridges the gap between the two episodes. This chapter is set about a year after the original plot.