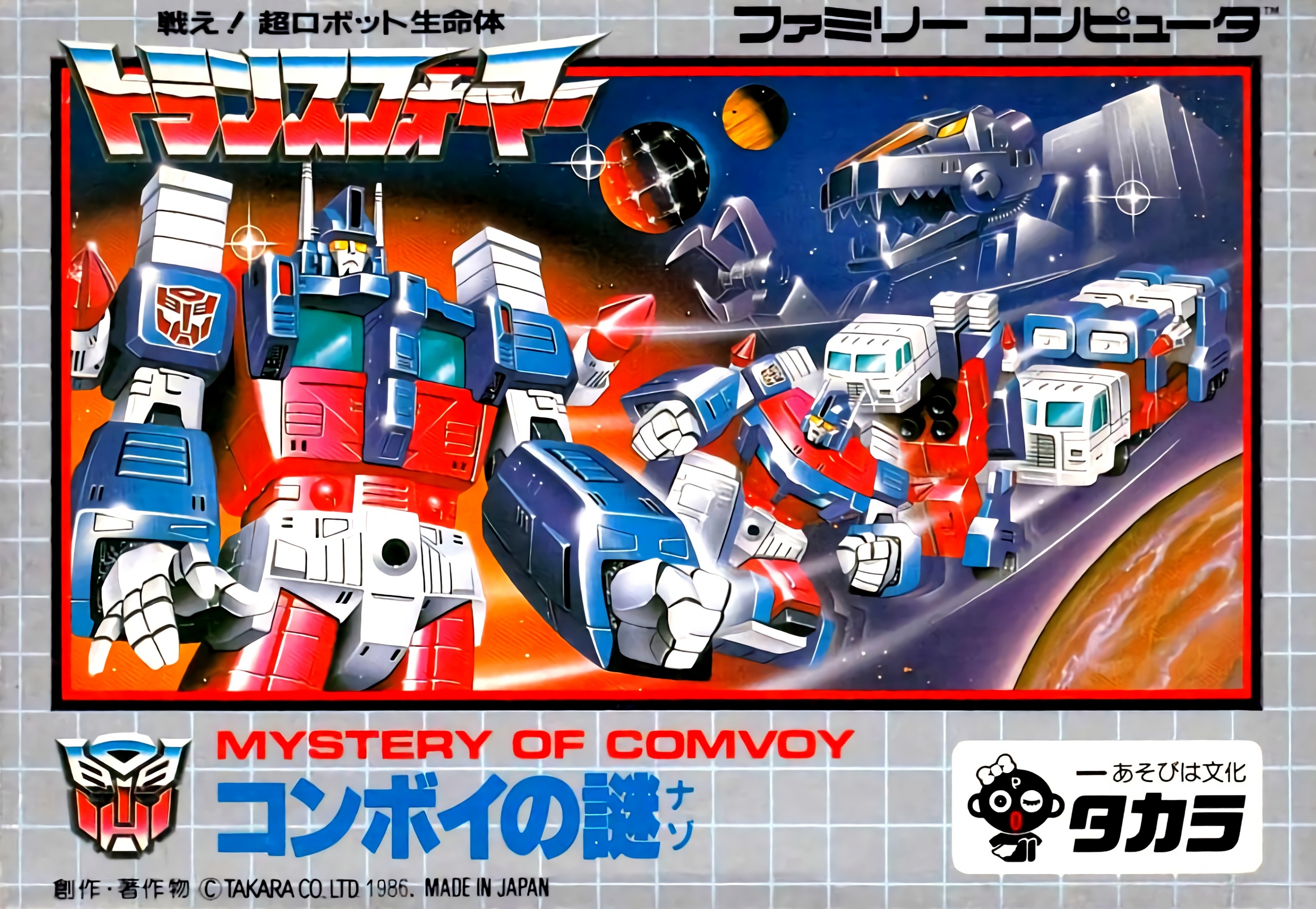 Probably the first game to be based on the Transformers toys, Convoy no nazo pits the player as Ultra Magnus, who must find out the secret of Convoy (known as Optimus Prime in most of the world). To find it out, Ultra Magnus must travel through a set of platform-style worlds and fight a range of bosses, ranging from the Megatron, through the combiner series to a flying Decepticon emblem(!).

Ultra Magnus starts out in robot mode, where he can jump far but his shots travel only halfway across the screen. Press down, and Magnus transforms into a trailer. In trailer mode, he can pass below the planes as well as shoot upwards. When a plane is shot down, it transforms into a robot, which must be killed with the forward-pointing shot. Later on, the game becomes more platform-oriented.