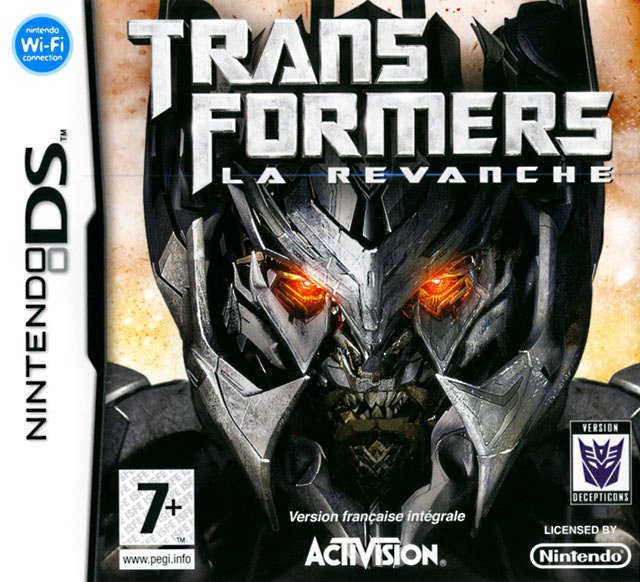 Based on the movie of the same name, players follow a scenario from the perspective of the Decepticons.
The fate of Earth and the survival of the human race hangs in the balance in Transformers: Revenge: DECEPTICONS

- For the first time, players can customize their own TRANSFORMER through a modular body part system, or throughout the game, players will have the ability to scan items to unlock new parts and upgrade their character.
- Over 25 single player levels in various locations around the world playable in either Robot, Flight and Driving modes.
- Fight with friends in intense one-on-one battles through wireless local multiplayer or Deathmatch mode.