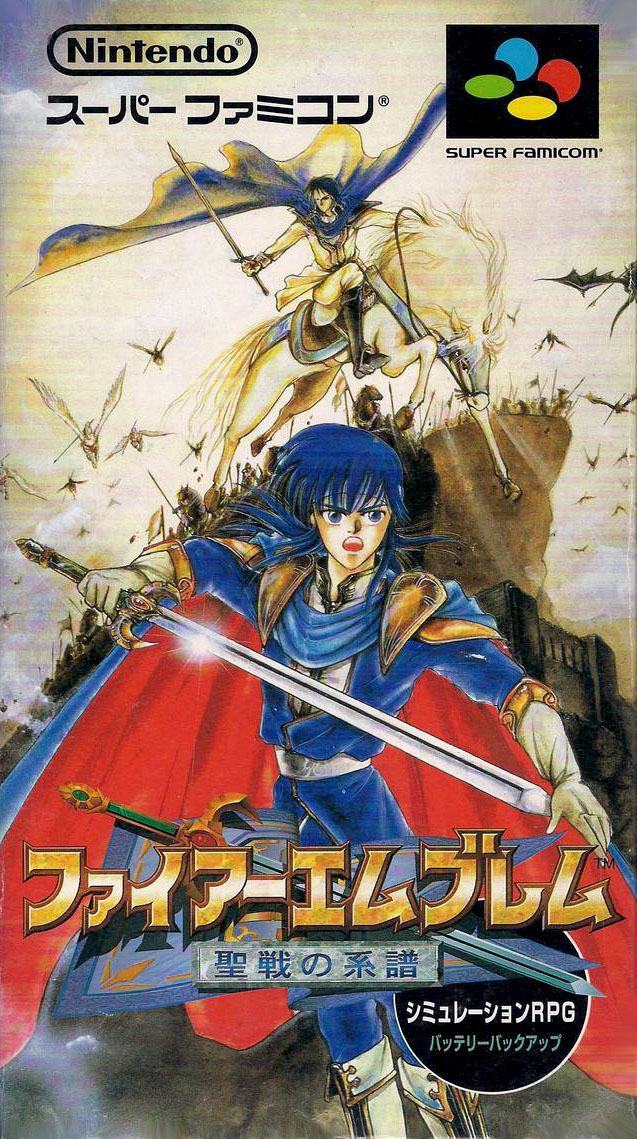 Fire Emblem: Seisen no Keifu is the fourth installment in the popular strategy series, set in the continent of Jugdral, southeast of Akaneia. The game's first fifth chapters follow the Prince of Chalphy, Sigurd -- from there, his son Celis becomes the protagonist. The game uses the same turn-based strategy gameplay as its predecessors, but changes up the promotion system by making it entirely level-based, adds RPG-style status effects, and introduces the concept of the weapons triangle, in that a sword is strong against an axe, spear against the sword, and axe against the spear. Seisen no Keifu also featured much larger maps than previous titles (though a lower number of them -- 12 in all) and a handful of new units, such as the Troubadour, Dragon Master, and Falcon Knight. The game was released late in the Super Famicom's lifecycle in Japan and never published internationally.