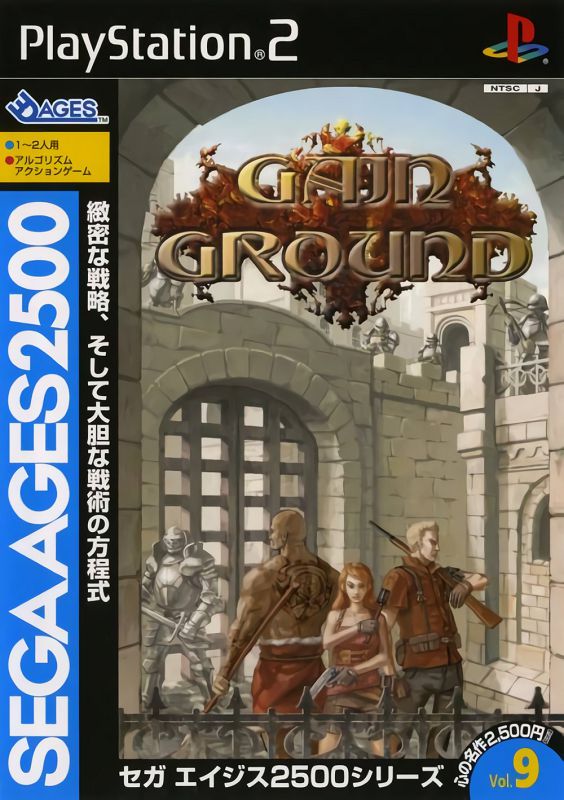 By GambierBae : May 30, 2019
Sega Ages 2500 Vol. 9: Gain Ground is an upgrade of the original 1988 arcade release of Gain Ground, being presented entirely in 3D. It is mostly accurate to the arcade version, however adjusts some stages to better suit the aspect ratio and has an optional bugfix on stage 4-8. Also it only supports a maximum of two players, as opposed to the arcade's three. There is an extra mode unlocked after beating the game once, where graphics are altered, statistics are changed and a new soundtrack comes into play.
Game files
Sega Ages 2500 Series Vol. 09: Gain Ground 2019/05/30 304.70MB