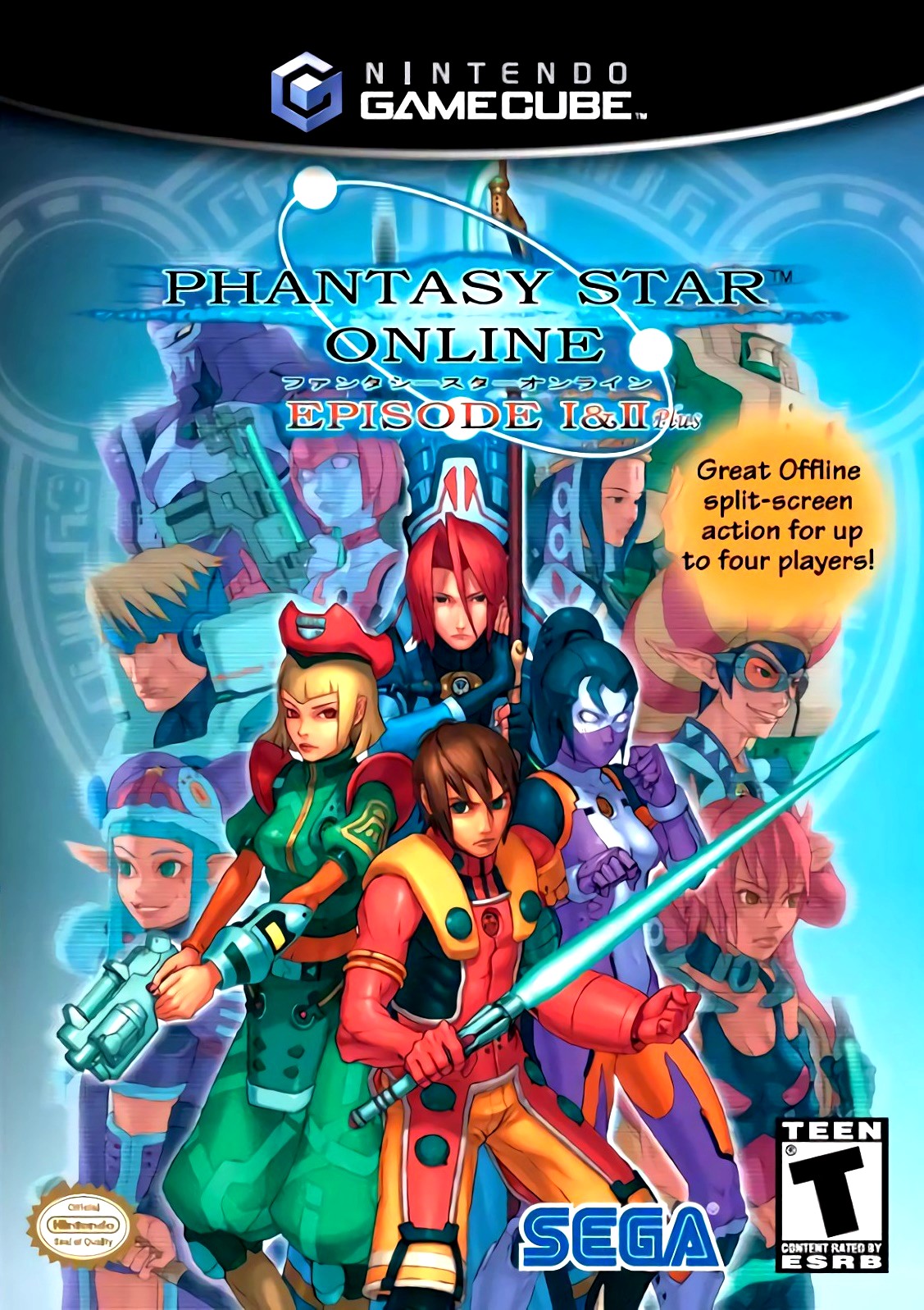 The planet Ragol is once again in peril. New character classes and weapons are at your disposal, but only your skills as a Hunter will keep you alive. Brave the depths of evil alone, or enlist the aid of three Heroes in split-screen play. Once you have conquered the Darkness, go online and take your experience to the next level. However you choose to play, know this: Evil has returned to Ragol, and a new adventure awaits.

Early in the effort to run unsigned code on the GameCube, people found that when playing PSO and connecting to a server using the GameCube Broadband Adapter, a regular PC could be made to pretend it was a server which would fool the game. After making the connection, data could be streamed back to the GameCube, making it easy for hacking and false servers. Phantasy Star Online Episode I & II Plus was created in mind to fix this problem. Along with this problem, SEGA included extra content for offline with this game including:
- Episode II Challenge Mode, which was perviously only online.
- Perviously Online only quests, Seat of the Heart, West Tower and East Tower are now available offline.
- Central Dome Fire Swirl, a downloadable quest for the Xbox, is now available offline.
- The downloadable goods from Fake in Yellow quest are now available offline.
- Aside from some extra cheat protection, Phantasy Star Online Episode I & II Plus ran exactly the same as the original version and all data from characters, items, ect, can be swapped between the two instantly.

This game can only be played on Dolphin v5.0.
NatsuhoGotsy, titan0085, Sephyroth234 and 2 others reacted to this