Night of Doom: The Green Comet 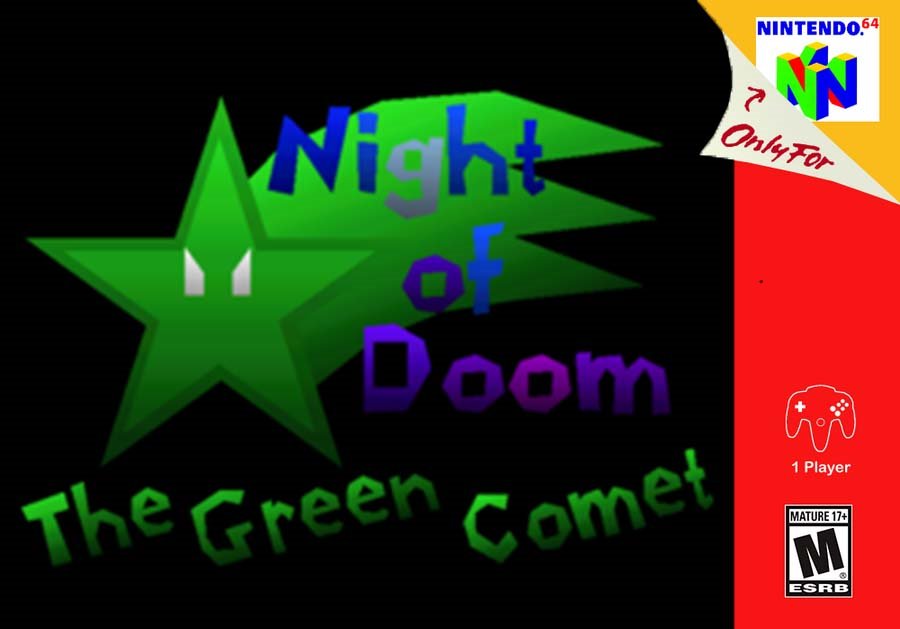 Night of Doom: The Green Comet is a major ROM hack made by StanFuzz and Focus_SR, which is none other than a DLC to the original Night of Doom created by BroDute.

The major differences of this game is that it contains a different plotline, 152 secret green stars , no red coins, and over 6 new hidden stars in side and Bowser levels combined.

The game still remain as hard as the original, but with more challenging and serious techniques to collect the green stars. However, compared to the other Green Comet line of hacks like Star Road, enemies are NOT removed, as the game implies, that the world is in a constant loop of never-ending nightmare.

In addition, it also has quality of life features such as rotary parallel cam and infinite lives to make the game a slightly easier to play.

Indispensable: In Project64, click on "Options" then on "Settings" in the "Options" tab, you must uncheck the box "Hide advanced settings".
Then you have to go back to the settings, there will be many more tabs, click on "ROM settings", and set the size of the RDRAM to 8mo