Super Mario 64: SPECIAL FOR YOU 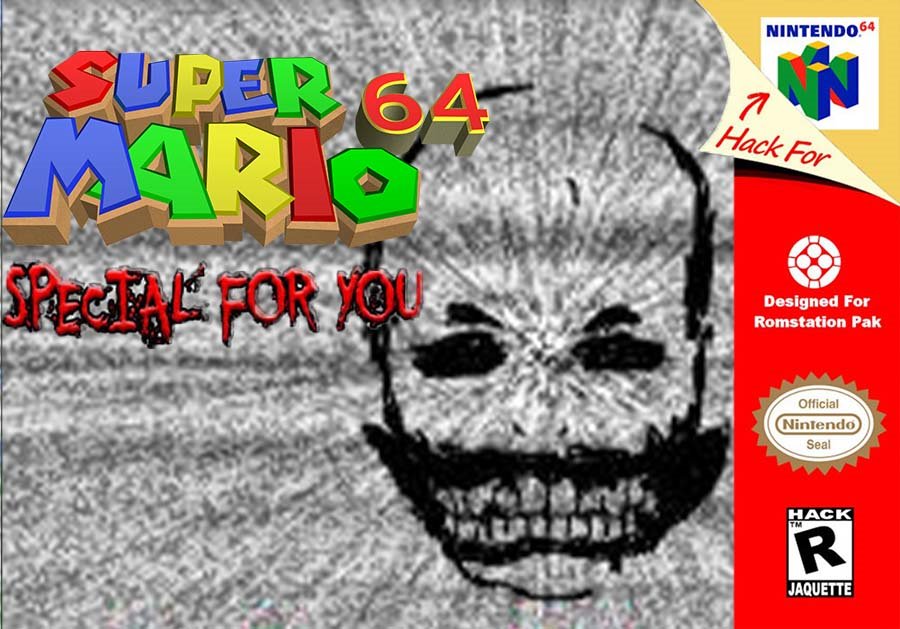 Poor Mario, has Special Peach is angry princess. Now one gets special for die.

SPECIAL FOR YOU is a creppypasta hack by Frike the Dragon. It was released in October 31th, 2015 and contains 1 Stars, and it's a mashup with Super Mario 64 Ending scene.

Everything will start to get weird when you race Koopa, after hitting the secret push button (!)

The game needs the expansion pack to work, don't forget to activate it!
In Project64, click on "Options" then on "Settings" in the "Options" tab, you must uncheck the "Hide advanced settings" box. Then you have to go back to the settings, there will be many more tabs, click on "ROM settings", and set the size of the RDRAM to 8mb.