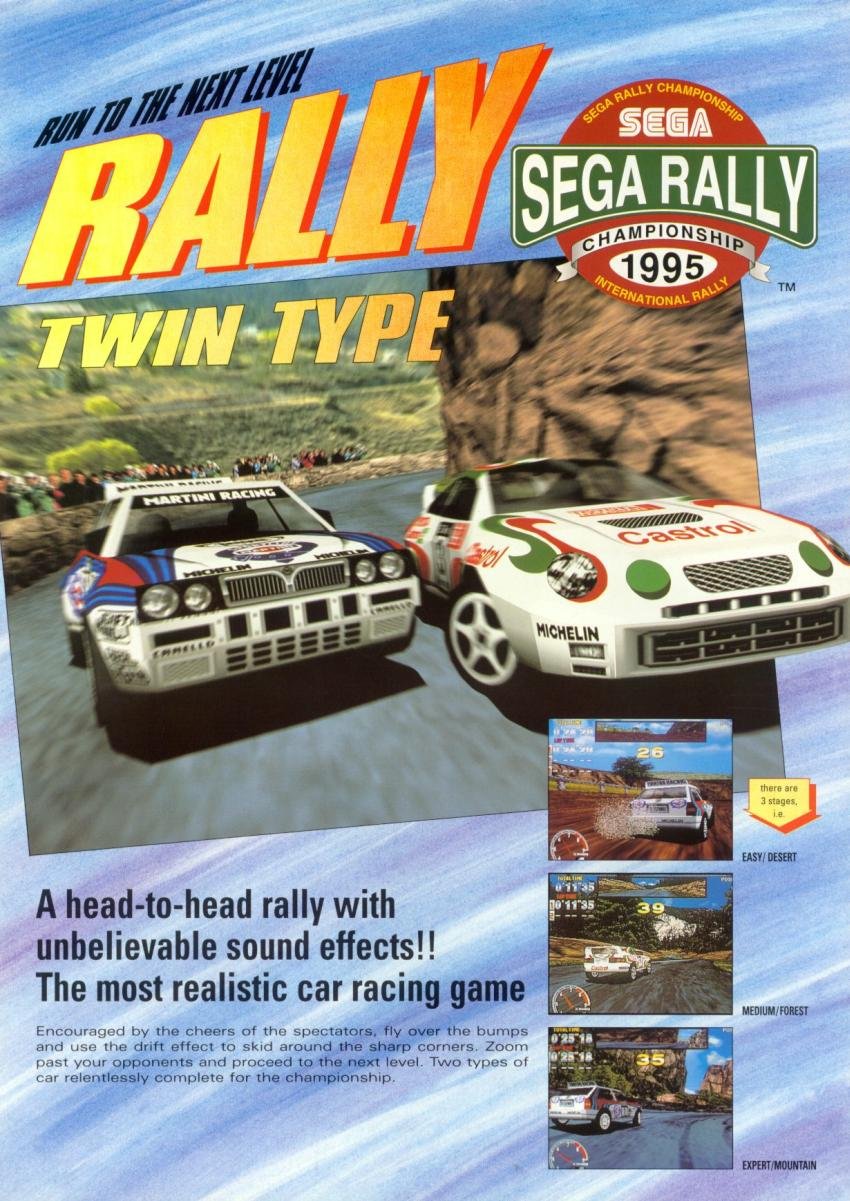 Sega Rally is an off-road racing game, in which players drive rally cars across one of four tracks as quickly as possible. Like prior Sega arcade racing games, Sega Rally enforces a strict time limit and a checkpoint system - success is measured by how fast the player can navigate the three standard tracks before either crossing the final finish line or retiring due to the timer running out.

This is an alternative version of Sega Rally Championship that allows you to play with a new vehicle with a TURBO not included in the original version. This version also includes the possibility of tackling all the tracks in reverse.