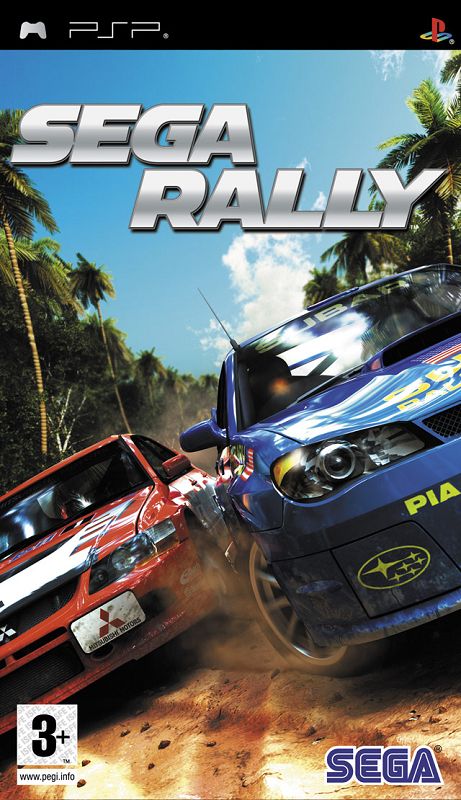 The PSP version of SEGA Rally Revo by a different development studio contains a host of new and old rally cars, as well as concept vehicles. The game has a loose and arcade-oriented handling, as well as an accessible strategical element in the form of tire selection.

There are fifteen circuits across 5 terrain types - safari, alpine, tropical, canyon and arctic. As such, the player drives through snow, sleet, sand, mud, water and gravel. Track deformation technology ensures that no two laps are ever the same, as grooves are impacted into the ground and snow is moved off the primary racing line.