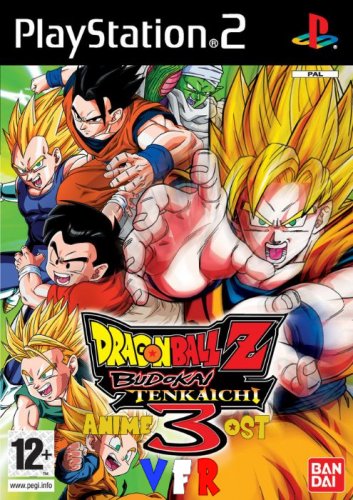 Impossible, the Z-Warriors speak in French?! With the original voices?! Unfortunately all is not complete in this rom hack which adds the French voices and the OST of the anime, the modes including the French voices are the Dragon World Tour, Duel and especially the Dragon History. As Budokai Tenkaichi 3 includes "special" quotes in free fighting, as Son Goku (early) VS Vegeta (detector) there are phrases replaced in French.

Dragon Ball Z : Budokai Tenkaichi 3 delivers an extreme 3D fighting experience, improving upon last year's game with over 150 playable characters, enhanced fighting techniques, beautifully refined effects and shading techniques, making each character's effects more realistic and over 20 battle stages. This is the ultimate chapter in Budokai Tenkaichi series with over 20 new characters that have never been seen in any other Dragon Ball Z video games such as Nail, King Cold and King Vegeta and battle stages that fans will love.

To have the French voices directed you in the options and activate the Japanese voices.
/!\French voices are not present everywhere /!\