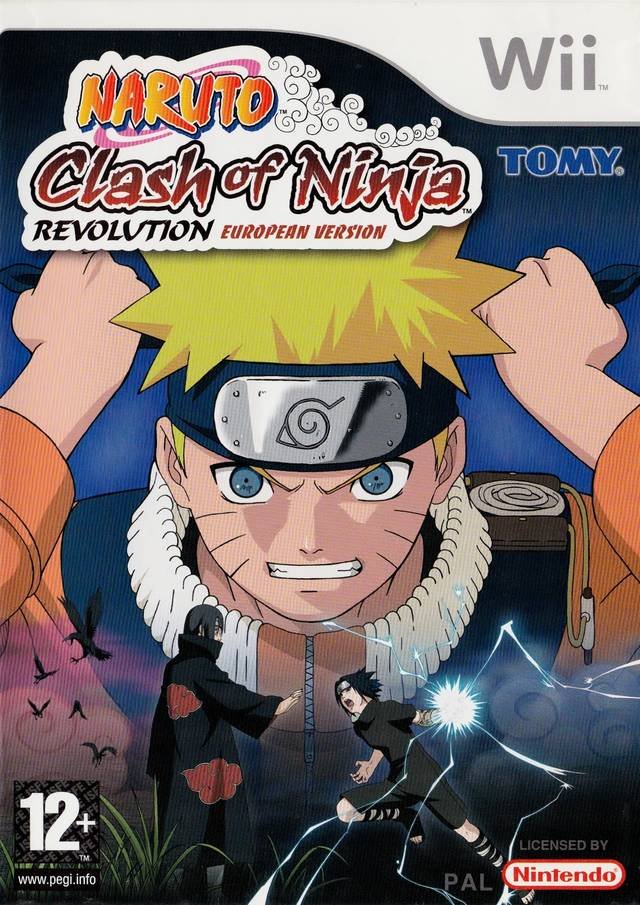 Naruto: Clash of Ninja Revolution - European Version resumes the events of the second half of the Chūnin Exams to the end of the Search for Tsunade. This game uses the same gameplay engine as Gekitō Ninja Taisen! EX, only with the pre-timeskip touches instead. The game utilises the Wii Remote and Nunchunk for basic attacks and for special attacks that require specific movements from both items. The classic controller and GameCube controller are also compatible with the game. Also from EX are the plane switches with stage jumping and the objects to take cover in, along with the original ninja tool deflect function with the nunchunk. Also new are the original second special attacks characters have received since Gekitō Ninja Taisen! 3.